Conceiving a baby. It usually is something that we don’t “think” about. Most couples consider that getting pregnant is something that “just happens.” However, it’s not always as easy as it sounds. The truth of the matter is, around 1 in 8 couples (or 12%) will have fertility troubles of some sort. As a matter of fact, most couples only have around a 20% to 25% chance of getting pregnant in any given cycle! Claim Your 20 Free Pregnancy Tests – Click Here

The question that many couples have is if sex positions have any effect on conception. Some experts and regular couples believe that different sexual positions can actually increase the chance of getting pregnant. Today we are going to explore those theories and see if there is really anything to them, or if they are just simple myths.

1) While this article will focus mostly on sex positions and their effect on fertility, we can’t exclude the most important part of trying to conceive. Couples should always remember that the number one key thing when it comes to trying to conceive is tracking your ovulation. There is only a short time frame where a woman can get pregnant each month and people do not realize this. It’s so important to keep track of the timing of ovulation, because, otherwise, couples really can’t say for sure when their fertile days are and when it is most likely for them to become pregnant.

Couples should always remember that the number one key thing when it comes to trying to conceive is tracking your ovulation.

2) When a woman ovulates, the egg is released from the ovaries and travels down the fallopian tubes where it waits to be fertilized. After the egg is released, it only lives for about 24 hours before it begins to die. This means that after a woman ovulates, there is only about a 24 hour window of time where a woman can get pregnant. The good news is that sperm can actually live for up to 72 hours in the uterus while waiting for the egg to be released, so that means that they can actually be “ready and waiting” for ovulation to occur, which means that this will increase the chances of getting pregnant.

This means that after a woman ovulates, there is only about a 24 hour window of time where a woman can get pregnant.

They are easily and readily available, and simple to use. They can give a woman a positive or negative result, which will indicate if FSH is present in her body at the time. If the result is positive, that will mean that a woman will most likely ovulate within 24 hours from the time of the positive test result.

4) There are many other ways to track ovulation and fertile days as well. One way is charting basal body temperature. This way involves using a special thermometer to take the temperature daily, charting the results. After doing this for a period of time, a woman will be able to notice that she is seeing a temperature spike near the same time each month. This will be the time when ovulation is occurring.

There are other ways as well, including cervical position, tracking cervical mucus, paying attention to body clues and more. The bottom line is, a woman must know when her fertile days are and when she is ovulating for the best chance of getting pregnant, no matter the sex position.

The bottom line is, a woman must know when her fertile days are and when she is ovulating for the best chance of getting pregnant, no matter the sex position.

Sex Positions to Get Pregnant

Now, many people have differing opinions on whether or not sexual positions can contribute to getting pregnant. Some people say that as long as you are doing the deed, unprotected, at the right time during the month, you have the same chances of getting pregnant no matter what position you are having sex in. However, there are other people out there in this world who consider their position each and every time they have sex.

These people really feel like the position matters, and having sex in a certain position is more likely to give them a leg up when it comes to getting pregnant. Let’s explore several different sexual positions and go over the “pros” and “cons” of each one as it applies to conceiving. This way couples can make informed decisions regarding their sexual preferences and how exactly they go about trying to conceive. 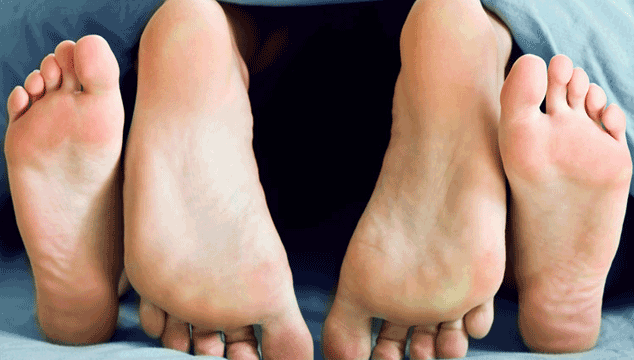 Some others believe that laying with the hips elevated on a pillow can help to minimize leakage, which can help to improve the chances. Even if it doesn’t really help when it comes to trying to conceive, it certainly won’t hurt anything if a woman wants to lie down for a few minutes after sex, and she can even elevate her hips on a pillow. It will definitely not hurt anything, and who’s to say if it will help or not?

Some others believe that laying with the hips elevated on a pillow can help to minimize leakage, which can help to improve the chances.

Some people believe that the woman on top, or “cowgirl” position is the best position for trying to conceive. The woman on top position is a position that puts the woman in control of the action, and that is a good thing. The penetration should be deep when trying to conceive. This is done to give the sperm a little bit of a boost towards the egg, and to put them close to where they need to be. With the woman on top position, the woman is in control and can make sure that the penetration is deep and that the penis is deep inside at the time of ejaculating. These things can help improve the chances of getting pregnant. However, woman on top is a position that involves a lot of adverse “gravity.” This means that there can be quite a bit of leaking with this position, so women should take that into consideration.

However, woman on top is a position that involves a lot of “gravity.”

The “All Fours” position, or “doggy style” is also a position that is considered to usually be good for conception. This is because, for obvious reasons, this position allows for deeper penetration than most other positions. This can help to deposit the sperm as close to the cervix as possible. This position is especially helpful for women who might have a “tilted” or “tipped” uterus. This position, which allows for very deep penetration, can help if a couple is worried about not getting the sperm close enough. Definitely try the all fours or doggy style position if you are trying to conceive. 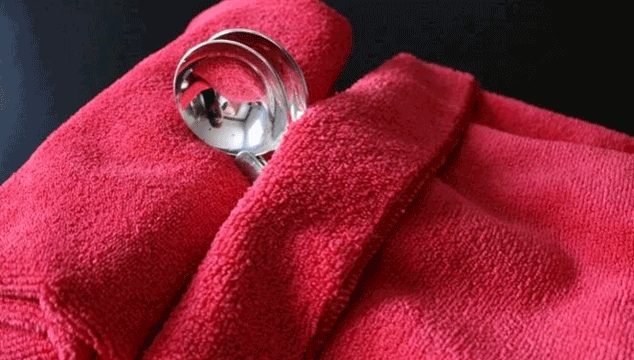 A spooning position, or lying side by side during sex, is a popular position for couples who are trying to conceive as well. This position does allow for shallow penetration, which some people believe is more likely to help conceive a girl. This is also a good position if one partner is overweight or has back problems or other health issues, since this position is a little bit low impact and can be sort of relaxing. Couples should consider this position if they are looking for something different when it comes to trying to conceive. It’s not a position that is used or talked about much, but it’s okay to try this position if you are looking for something different.

Orgasm Or Not To Orgasm?

While it might not seem like an orgasm would be an important part of trying to conceive (for a woman anyway, I’d say it’s pretty important for a man!), it actually can make a difference. In fact, there have actually been scientific studies done to prove the effects of orgasm on trying to conceive. There are actually two different theories when it comes to trying to conceive and orgasm, and today, we are going to go over both.

While it might not seem like an orgasm would be an important part of trying to conceive (for a woman anyway, I’d say it’s pretty important for a man!), it actually can make a difference.

The first theory that we are going to talk about regarding the female orgasm and trying to conceive is the Poleaxe Theory. The Poleaxe theory when it comes to orgasm and trying to conceive deals with the fact that the female orgasm helps women to feel sleepy and relaxed after sex. This hypothesis says that by having an orgasm during sex, afterwards a woman will feel tired and sleepy and will lay down to rest.

This will then, in turn, allow the sperm to have a better chance of getting to the uterus and fertilize the egg. Now, does this theory really work? No one can stay for sure, but it definitely can’t hurt to give it a try. After sex, take a few minutes to lay down. Consider it a little rest, and a chance to allow the little sperms to travel to where they want and need to go. 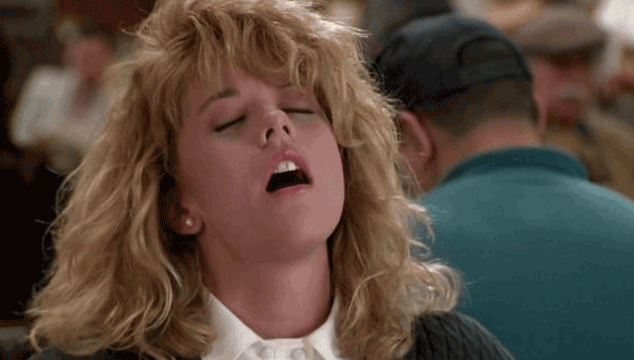 There is another theory when it comes to the female orgasm and trying to conceive. This next theory has a name that seems a little strange, but the theory actually makes a heck of a lot of sense when you think about it. This theory is known as the “upsuck theory”.  According to this theory,  when a woman has an orgasm, the contractions from her vagina help to “suck up” the semen after orgasm, and helps it to reach the cervix more easily. It actually works sort of like a vacuum cleaner, helping to “suck up” the sperm and get it closer to where it is supposed to be. It might sound crazy, but the theory is very popular.

Another interesting fact? Even if the woman had an orgasm up to 45 minutes AFTER the man, sperm retention rates were actually still quite high. Now, this doesn’t mean that women that have an orgasm during sex are more likely to get pregnant. There weren’t many studies done on that aspect of this, so we don’t really know the pregnancy rates resulting from female orgasm. However, sperm retention rates were much higher when a woman had an orgasm during sex.