When couples think they are done with having kids, and are not confident enough that typical birth control methods such as the pill, the condom, the diaphragm, IUDs and even implants are full proof, they may opt for a more permanent solution. Claim Your 20 Free Pregnancy Tests – Click Here

Even couples who believe they are done with having kids aren’t always convinced that even Depo-Provera is full proof. Depo-Provera contains the hormone progestin, which prevents pregnancies from happening. Therefore, it is an effective method of birth control.

However, some really aren’t convinced and therefore they end up resorting to extreme sterilization methods: which is a vasectomy for men or a tubal ligation for women.

What is a vasectomy?

A vasectomy is a surgical procedure that involves cutting, tying or cauterizing the tubes that carry sperm from the testicles to the seminal vesicles. They are also known as deferens. However, this procedure comes with many complications for the man. In fact, most of the time the women are sterilized by going for a tubal ligation which is a permanent way for birth control.

What is a tubal ligation?

However, vasectomies for men are not the focus in this article. Tubal ligations for women are.

A tubal ligation is a form of birth control for a woman that is meant to be permanent, and can be performed using a variety of methods.

In fact, the term “tying tubes” is another term for this procedure.

This way, the egg that is released cannot go through the fallopian tubes, and the sperm cannot reach it while ovulation happens. That probably answers a lot of questions that many women have about tubal ligations in regards to affecting ovulation and the menstrual cycle. Therefore the answer is no. Women who have had their tubes tied still ovulate and get their periods. They just are unable to conceive since the blockage has been created to prevent the egg and sperm ever meeting.

Women who have had their tubes tied still ovulate and get their periods.

If a pregnancy were to occur, which rarely has happened, they usually result in an ectopic pregnancy. That means the embryo would have ended up implanting in the fallopian tube which is dangerous for the woman, and it would have to be removed as soon as possible.

Because tubal ligations is pretty full proof in regards to birth control, very few gynecologists will perform the surgery on women who are under 30, even if they have been certain that they don’t want kids since they were kids themselves! Gynecologists want to make certain that the woman who is considering this extreme form of birth control is sure that they no longer want to have kids, even if she is over 30 years old.

However, what ends up happening in a situation where a woman who had a tubal ligation done, and knew that it is a permanent way of birth control at, and now regrets it? What if at one time she was adamant that she didn’t want anymore kids? Or what if she didn’t want kids when she was younger, but realizes as her biological clock is ticking now, regrets the decision and suddenly wants kids after she had her tubes tied?

What if you had a tubal ligation done and now you regret it?

If you happen to be in the situation described above, you had your tubes tied because you didn’t want any or anymore kids at the time, but now you regret that you went this route- there is some potential good news.

A tubal ligation can be reversed and the term for this procedure is tubal ligation reversal, and some doctors are trained to perform this surgery. The doctors who can do this procedure are highly trained physicians that have studied the field heavily. In fact, some doctors have traveled overseas to be able to obtain the knowledge to perform the most intricate of tubal reversal surgeries, because this kind of surgery really is tricky. Most average gynecologists are unable to do a reversal for women who had their tubes tied- even if that particular gynecologist performed the tubal ligation. 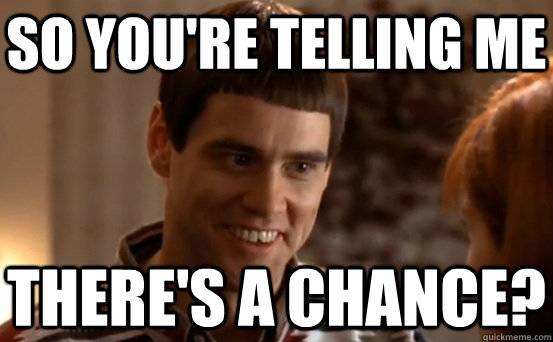 That is because since a tubal ligation is a simple procedure, the reversal is far more complicated. The way the reversal is done in a nutshell, the surgeon cuts away the parts of the fallopian tube that is fused together in order to open it. Then after reconnects it using microsurgical techniques, which takes special skill.

Each year the amount of women in North America who have their tubes tied preventing them from having children in the future is increasing. Perhaps they are unable to afford having kids, or they never wanted kids in the first place. Maybe they are afraid to bring kids into a world that is full of chaos. Whatever the reasons are, they are powerful enough to influence a woman to not have kids to the point of wanting to have a tubal ligation.

Powerful enough to influence a woman to not have kids to the point of wanting to have a tubal ligation.

What these women do is start talking to their gynecologists about having a tubal ligation reversal surgery done. As discussed previously, these gynecologists may already be skilled enough to do such a procedure, or will refer them to one who can do this. Therefore, once they have the tubal ligation reversal surgery, there is a very good chance they will be able to conceive naturally instead of having to rely on IVF. 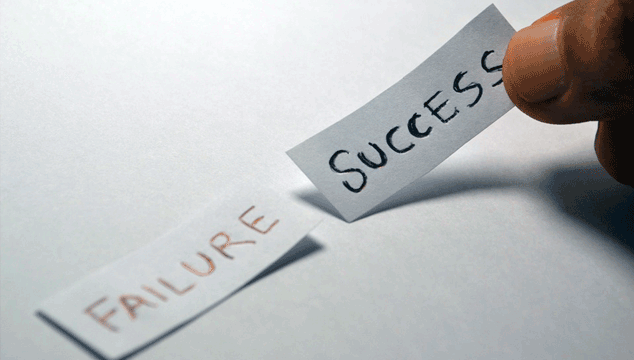 In fact, studies have shown that pregnancy rates are higher in women who had the reversal done than those who have relied on IVF.

The Kind of Tubal Ligation Performed
If these women only had a small section of their fallopian tubes removed, then they will likely conceive naturally. And those who had clips or rings placed around the tubes in order to prevent eggs from travelling down the fallopian tubes following release from the ovaries have a high chance of conceiving after they are removed.

The Woman’s Age at the Time of Undergoing the Tubal Ligation Reversal Surgery
As expected, much younger women have higher pregnancy rates than older women. Therefore if a woman is under 30 that had the procedure done, she still has a high chance of conceiving like any woman who has no fertility issues would at that age. The older she is, the harder it would be for her to conceive due to age being the largest factor.

The Length of the Fallopian Tubes After the Original Tubal Ligation Procedure
The amount of the fallopian tubes remains following reversal surgery can determine just how likely a woman will conceive. In women where the fallopian tubes were still long, then the pregnancy rate is much higher than for those women with shorter tubes. Obviously this is also determined by the type of tubal ligation that was performed, as well as the degree of damage left over.

Pregnancy rates may be over-inflated

As mentioned above, the pregnancy rate for women is much higher than many are lead to expect. Especially if this information comes from many fertility specialists. Even though the odds of achieving a pregnancy after a tubal ligation reversal are better than with IVF- it can still take much longer before you know whether you know you can achieve a pregnancy or not. However, even while waiting longer, your chances are better. 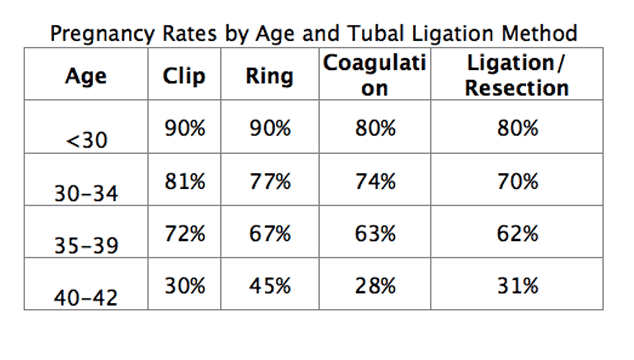 In fact, some women who want kids after having the ligation done are afraid to even look at undergoing a reversal. They are desperate to know if natural remedies for blocked fallopian tubes help conception happen after having their tubes tied. Unfortunately, there are no herbal supplements that can reverse the blocked tubes, and a tubal ligation reversal will be needed no matter what for that to happen.

Unfortunately, given the factors that play into how easy it is for a woman to conceive after having a tubal ligation reversal, there are many times when there isn’t success. This is because the fallopian tubes are extremely small, and therefore are structurally complex. They consist of several layers of tissue, including muscle, connective tissue, and fimbria. The fimbria are the hair-like projections that propel the egg towards the uterus to to help with conception.

Therefore, if a woman really does want to conceive and have a reversal done, then it is not too early for her to start getting herself ready to become pregnant.

Getting pregnant after the reversal

Eating nutritiously, and attaining a healthy weight is the first step she should take toward the goal of getting pregnant after the reversal. Also, kicking bad habits such as smoking, drinking, drinking more than one cup of coffee a day and doing drugs need to be ditched. Taking folic acid supplements are highly recommended to help maintain a healthy pregnancy which lower the odds of the baby developing neural tube defects. 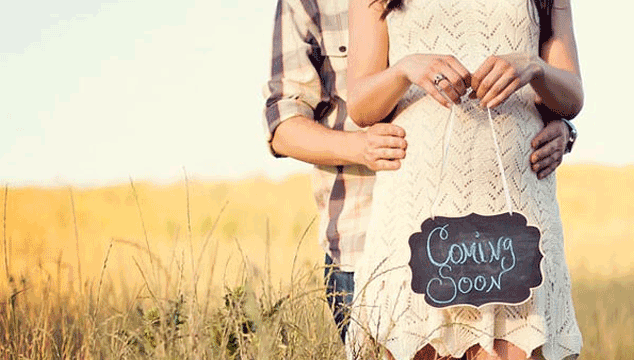 She should also be taking her basal body temperature, and start monitoring when she is fertile. This way, she will know this when she is actually ready to start conceiving.

As noted earlier it will take a while after the reversal before she is able to successfully conceive, but if a year has passed by without a pregnancy being conceived- it is possible that she is dealing with scar tissue from the reversal.

There is very little that can be done about scar tissue. That is when IVF will be the only option for a pregnancy to be achieved. That is after it has been determined that she is ovulating on a regular basis and that her partner has a healthy sperm quality and high count by fertility specialists.