Whenever a couple is ready to start trying for a baby, they realize that they need to make some big life changes and will start doing research for what they need to do in order to improve their fertility. That is definitely the right way to approach the big journey. Claim Your 20 Free Ovulation Tests – Click Here

They will do research on what to eat and what not to eat, and will usually know right away that bad habits like smoking and drinking must be stopped altogether.

Chances are they already know that they must visit their doctors to get checked out to make sure that they are in good enough health to start trying for a baby.

Many times, however, the weight has to be adjusted- especially for women who are looking to get pregnant. They want to make sure that they are at an acceptable weight, and are not either too underweight or too overweight, as either extreme can increase the chances of complications during pregnancy and may also get in the way of achieving conception, to begin with. 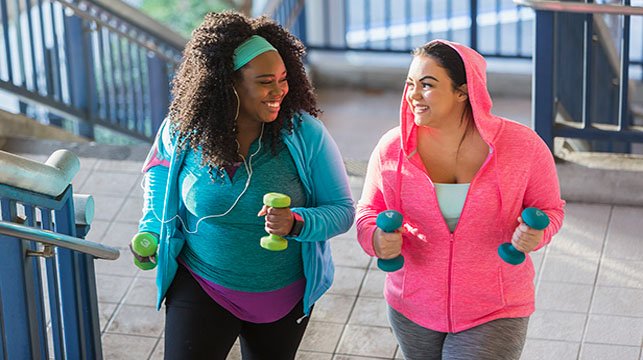 Once women are getting to their optimal weight by eating foods that are fertility-friendly, it is time to think about conceiving their much-wanted baby! However, before they jump in and start attempting to conceive even while they are on a healthier path, they must find out when they are ovulating and also if they are ovulating.

Many women who have been trying to conceive for months without knowing much about their cycles become horrified to find out that they are not conceiving because they are not even ovulating at all once they start to chart their cycles.

In most cases, if a woman has a regular cycle, then they are very likely ovulating during most of those cycles. Regular would mean if the cycle varies by only a few days here and there each month.

However, women who are fortunate enough to have regular cycles may not necessarily be ovulating each month like they think. Listed below are the signs that women may not be ovulating that they need to be aware of so they can have the issue examined as to the cause of their anovulation:

What are the signs of anovulation?

As it was just mentioned, most of the time if women have regular cycles- meaning that there is some variation on the days ie, if a woman normally has 35-day cycles but for one month it is 40 days, and the next month it is 32 days, these cycles are regular enough to indicate that ovulation is likely. 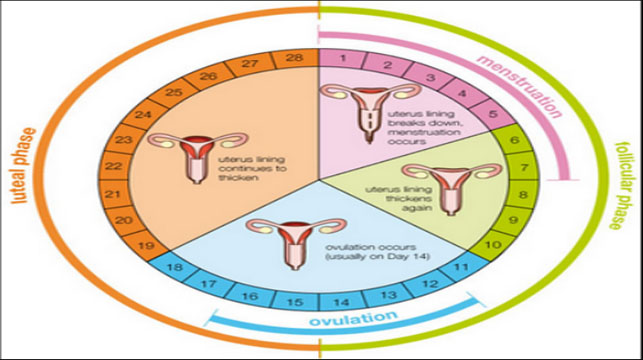 However, if there are cases when women occasionally have 30-day cycles but skip months or weeks quite often, then that is what irregular periods are. That is a sign that ovulation is quite irregular.

No rise in BBT

Many women who are learning about their cycles have been told by their doctors or even learned on their own by researching how to know their fertile times to take their body basal temperatures (BBT).

They are recommended to take their BBT a good three months before they start actively trying to conceive so they have a good idea of when they ovulate by comparing their monthly graphs to one another.

Ovulation is indicated by a rise in BBT, and if the rise happens at the same time for each month, then that is when it is known the woman is ovulating. 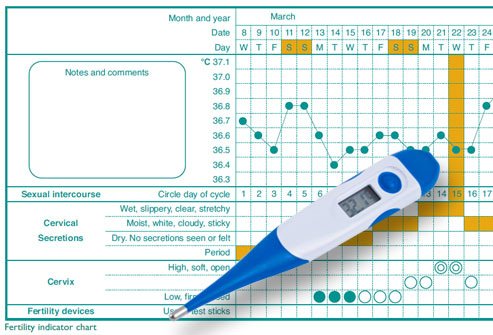 However, if there are no indications of any rising temperatures on the graph, then she is not ovulating at all. Even if her cycles are somewhat regular, if there is no rise in BBT, then ovulation is not likely happening.

Especially if she is taking her temperature the right way each morning before even moving much after waking up. If this is the case, then what needs to be done is that she needs to take the graphs that indicate where her temperature was at each day of her cycles that she monitored to have her doctor examine.

Women that are ovulating have an abundant amount of clear cervical mucus that has a consistency of raw egg-whites. This happens between one to three days before ovulation.

Once they are aware that this is a sign of it being the fertile time in the cycle- that is the time to have intercourse if they are trying to conceive.

However, during non-fertile times, the mucus is dry and there is not much of it at all. The mucus is especially dry and scant right after menstruation is done, and as the cycle progresses the mucus becomes cloudy and sticky before it becomes abundant and clear with having the egg-white like texture.

Once ovulation is over, the mucus becomes cloudy and sticky again and ends up becoming dry right before the period begins.

However, women that are not ovulating will always have very little mucus that is at best sticky. There will never be a time when the cervical mucus is abundant, clear and has the appearance of raw egg-whites. 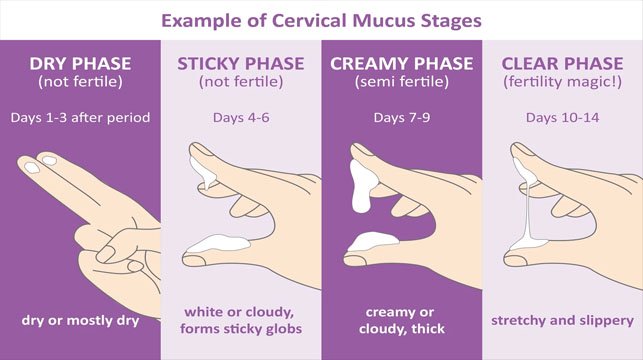 If the woman has been monitoring her cervical mucus throughout her cycles and notices that there are no changes in the consistency of it, then there is a good chance that she is not ovulating. That must be brought up during a doctor’s appointment as well!

No changes in cervical position

Whenever a woman is close to ovulating, the cervix becomes high, softens and begins to open. However, during all other times of the cycle, the cervix is low, hard and closed.

If a woman is monitoring her cervical position during her cycles and she is not noticing the cervix ever being high, soft and slightly open, then there is a good chance she is not ovulating.

No evidence of LH surges shown by ovulation prediction kits

This particular sign is not 100% accurate, however, it is still worth noting.

It is really not recommended for women who don’t know their cycles well to start using ovulation prediction kits because they are not necessarily cheap and can only be tested for a few days.

However, if you can stock up on 10 or more OPKs to use each cycle though like with the 20 free ovulation tests you can get with the ConceiveEasy TTC Kit, then they are a great choice! 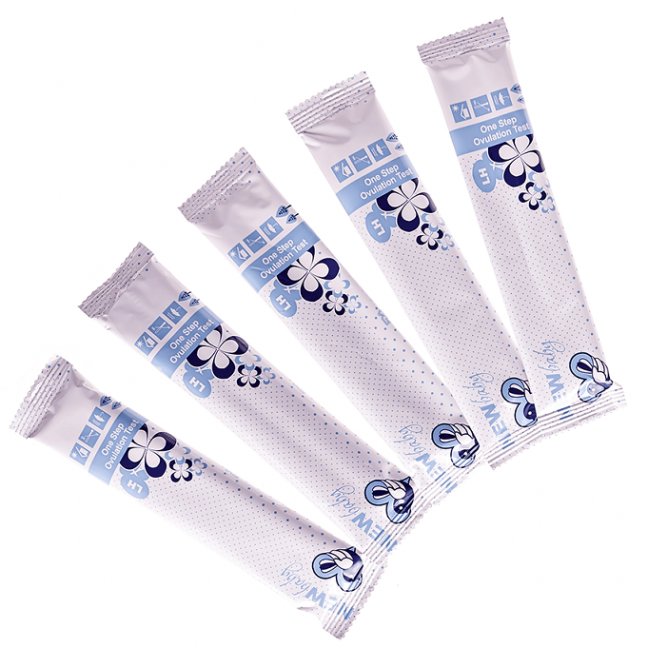 The LH surge comes one to two days before ovulation happens, and that is why it is important to know the cycle before using these kits.

Just because the LH surge is not detected by the kit, that doesn’t mean that the cycle is anovulatory. It could mean it was tested at the wrong time. However, it is important to note if a few kits were purchased to test ovulation for one cycle and the tests were happening daily and no LH surge was detected, then that is a sign that ovulation is not likely happening.

Fertility monitor can tell you

These hand-held fertility devices can give you a good idea if you are ovulating properly or not. These are helpful if you haven’t tested properly with predictor kits and they are more reliable than they are as well.

The one sure way to know whether you are ovulating or not is through daily blood work. The levels of progesterone in your blood will be an indicator of whether you have ovulated or not, and the hormone is released after ovulation. Also if no LH surge is detected in your blood, then ovulation is not happening either. Fertility clinics will do daily testing and this is also how it is known that ovulation is not occurring, and further treatment will be needed. 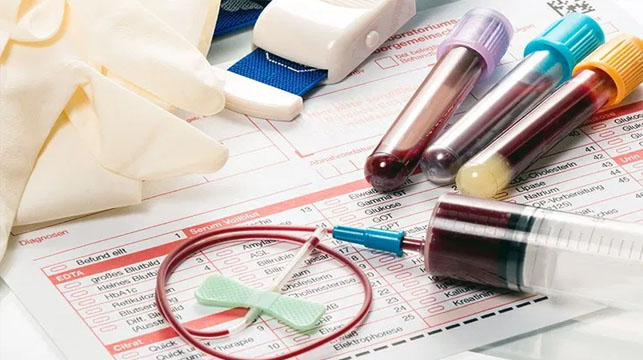 Therefore, if you are monitoring your cycles and have noticed that you are not ovulating based on the signs mentioned above, then don’t panic because there are always methods to help regulate ovulation. However, it will also depend on the cause.

What are the Causes of Anovulation or Irregular Ovulation?

If you are having hormonal imbalances for any reason, that is the cause of anovulation or irregular ovulation. The cause has to be examined and many times it is simple to fix such as in a situation where it is found that the woman is producing too much prolactin- which will impede ovulation and a drug such as Bromocriptine can fix that.

If a woman is perimenopausal then she is heading towards menopause and even she may still have months where she is fertile- more often than not, the fertile times are coming to an end.

Therefore, there will be many months where she will not be ovulating properly or at all. However, any woman that is menopausal has not had a period in a year and therefore, she is no longer fertile because she has no eggs left. 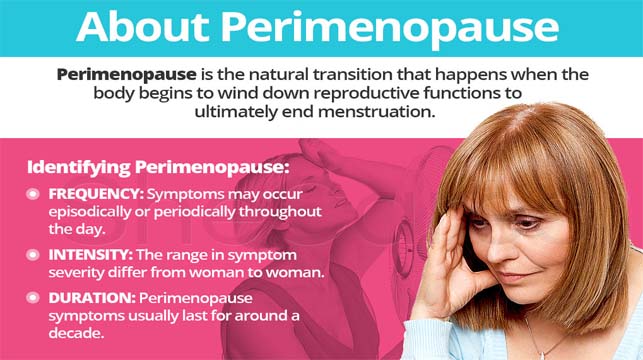 Unfortunately, premature menopause which happens to women under the age of 40 can happen- but not usually for no reason. Most of the time autoimmune conditions can cause this, as well as being on cancer treatment.

If women who have reached menopause regardless of the age want to have a baby, their only option is to go for donor eggs.

This is different from premature menopause because, with premature ovarian failure, there is still a chance that ovulation can happen.

However, in this case, the egg quality goes down and the number of eggs also dwindle quickly and that is the cause for the condition. In most cases, donor eggs are the only way for conception.

If natural conception happens to women that are going through premature ovarian failure, then there is a good chance a miscarriage will happen due to the poor egg quality.

PCOS is caused by higher levels of testosterone which can cause irregular and anovulatory cycles. That is because the testosterone levels get in the way of normal hormonal production and levels which are responsible for ovulation.

And many women with PCOS also deal with weight gain, acne, facial hair, as well as thinning hair due to the testosterone. Women with PCOS are also likely to be insulin resistant which can also impede ovulation. 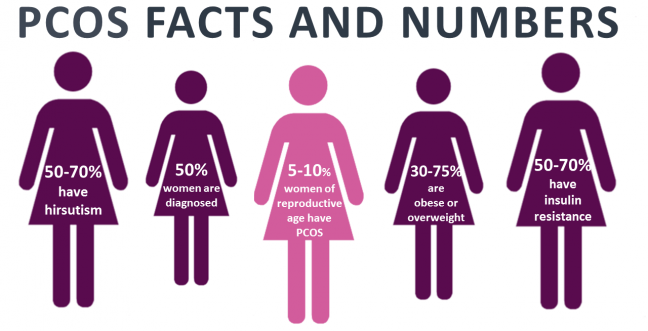 Weight loss is also crucial for women with the condition that they want to get pregnant. Sometimes these small changes are enough to help ovulation regulate, however many times women with PCOS need help with Clomid.

Most of the time Clomid helps women with PCOS ovulate, and if they are insulin resistant they may need the diabetes medication Metformin for help. There are also some fertility herbs that can help bring ovulation on in women who have PCOS.

Being at either weight extreme

Exercising too much or too little

If you are working out with great intensity for hours each day or you are completely sedentary, your body is not working properly which includes your reproductive system. It is best to take a half-hour brisk walk for five days a week to get the right amount of exercise that will help your body function properly. 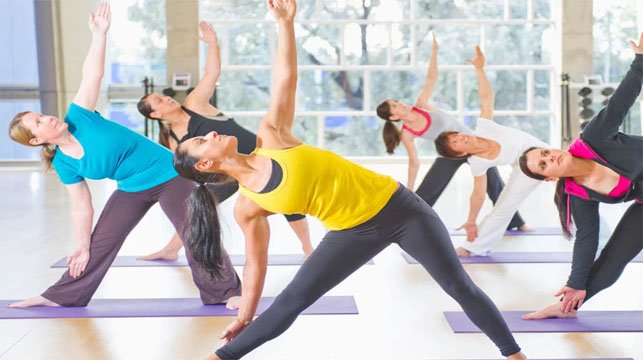 Being under too much stress

Stress is part of life but if you are under too much of it, then it will disrupt your overall health and stop you from ovulating properly. It is best to take stress management courses or take up yoga and meditation. Unwinding after a stressful day at work is important and making this change can make a huge difference.

If you are a woman who has found that you are not ovulating after monitoring your cycles, again, don’t panic and never jump to the worst-case scenario. What you need to do is make an appointment with your doctor to have the cause of your anovulation or irregular ovulation looked into, and chances are you can be helped and ovulate properly again.