Whenever a girl who has known since day one that she has wanted kids, she imagines herself as a mom and loves the idea of having that experience. Even though every girl or young woman who has dreamed of having kids and have imagined what it is like to care for these kids- they are blindsided when reality hits them because caring for a baby is nothing like they had imagined. Claim Your 20 Free Pregnancy Tests – Click Here

However, one thing that girls who dream about being moms one day never consider the possibility that they may be struggling with infertility. And why would they? Especially if they are surrounded by family members who seem to have no trouble with having babies left, center and right. The only time they would start to wonder if they could suffer from infertility if any of their family members did, or when they become older, they end up becoming friends with a woman who is struggling to get pregnant.

Not many people do share their struggles with infertility because sadly there is still a stigma attached to the condition. However, the more and more awareness that is being spread about it, the less of a stigma it will become. The more awareness there is about infertility, the more girls who want to become moms one day will start to worry if they will end up struggling and falling into that category.

Infertility is defined as a couple who has tried to conceive for one year without achieving a successful pregnancy, and it is one of the most difficult things in life to face. Sometimes infertility can be unexplained meaning that there are no signs of the man or woman being infertile- but sometimes they are still unable to conceive.

Bear in mind as well that infertility and sterility are not synonymous. Being sterile means that you cannot have kids at all, as it means you are literally barren. Being infertile means the potential to have kids is there because the woman still has quality eggs and the man has quality sperm- but their systems are not functioning properly which makes conceiving difficult and even impossible without fertility intervention.

Let’s look for the signs that indicate female infertility:

If a woman has very painful or heavy periods, and even experiences pain during ovulation, then that is a sign she may have endometriosis which is a painful condition where the endometrium- the uterus lining that is meant to be shed during menstruation grows outside of the uterus. Therefore it attaches itself to the ovaries, fallopian tubes and even in the abdomen which is very painful and will get in the way of conception. 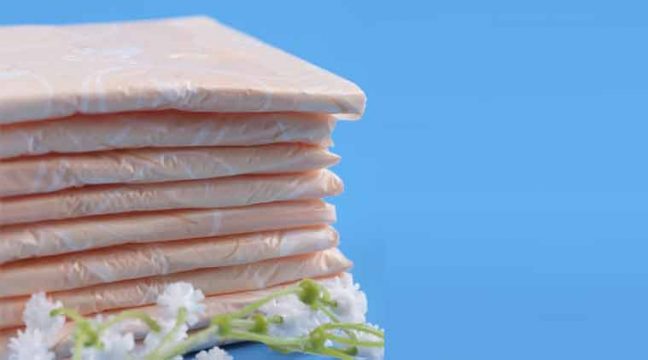 However, if you normally have 35-day cycles but some months you have it every 31 days and sometimes it’s every 37 days, then that is still considered regular because many factors can change the cycles such has to have an illness during the month or weight changes- or even if nothing happens, for whatever reason the body can be slightly erratic.

However, if it is more or less regular even if it’s off by several days here and there- that is not irregular. Irregular periods are when one month you have a 35-day cycle and the next month it jumps to 50 days, and then you may skip another month, and then you have a 30-day cycle after that.

In other words, it is not possible to predict the cycles. That is irregular and irregular periods may be due to hormonal imbalances or polycystic ovarian syndrome (PCOS) which will be discussed later on, and yes that condition can contribute to female infertility.

Those could also be signs of PCOS, however not always as it doesn’t just happen overnight. If a woman has had regular cycles and all of a sudden is starting to experience irregular cycles in addition to some of those other symptoms mentioned before or even all, then there is a hormonal imbalance going on which needs to be checked by the doctor. 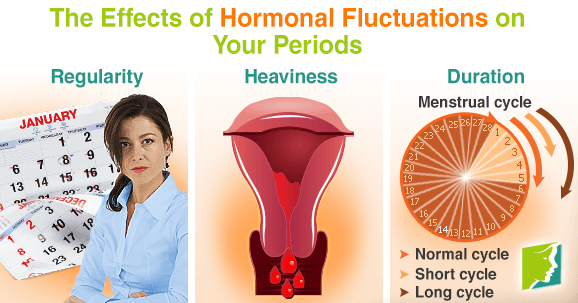 Sometimes as unfortunate as this is, premature menopause can happen especially if there is an underlying autoimmune condition. Also, premature ovarian failure can happen as well due to the same thing. Sometimes if women have been on cancer treatments in the past, that could be the culprit for messing up their hormones.

If a girl has not had her period by the age of 15, and she is not abnormally thin or short- then there is definitely a problem which means she may not even be infertile- she could be sterile. Especially if she has a condition like Turner’s Syndrome which is a chromosomal abnormality where one X chromosome is missing or is partially missing.

Most of the time, this condition is caught on before a girl who has the condition reaches puberty due to other symptoms like being very short. Occasionally girls with this condition may have very mild developmental delays like learning disabilities but are always of normal intelligence. Sometimes these girls have a heart condition as well.

Then again, not always and many girls who have this condition are not diagnosed until they are well into their teens because of the fact that they have not gotten their periods. In some cases, girls who have not gotten their periods were born without a uterus and cannot carry a baby at all. If they have ovaries and healthy eggs, they may be able to have their own kids via surrogate.

If women are still having painful sex long after they had lost their virginity then that is not normal. Painful sex can be an indication of endometriosis or hormonal imbalances, or there could be other factors playing in that role such as having a pelvic inflammatory disease which can be damaging to fertility and can have several causes and effects. Either way, consistent painful sex is not normal and needs to be addressed because it can be a sign of female infertility.

Depending on the cause of the issue, treatments vary. Let’s look at these issues again and find out how these problems that are causing the symptoms can be treated so the woman can have better odds of conceiving and having a healthy pregnancy.

The treatments can vary as many times patients who have endometriosis regardless of how severe, surgery may be the only way to allow the woman to conceive. The only exception is if the fallopian tubes are affected as if a woman who has endometriosis and the scarring is on the fallopian tubes, the odds of her ending up with an ectopic pregnancy is high.

That is when the embryo implants in the fallopian tube or somewhere other than in the uterus and it has to be surgically removed or dissolved through chemical treatment.

Again, it depends on the root cause. Sometimes fertility drugs like Clomid can help but other times that is not the right treatment.

For instance, if the root cause of hormonal imbalances is due to having too much prolactin which will inhibit ovulation, then Clomid would not be the right drug to treat this particular condition.

A drug called Bromocriptine would help regulate hormones instead and help increase fertility for women affected by this particular hormonal imbalance.

In most cases, PCOS is not difficult to treat, and the patient who has the condition can help herself by eating foods that are part of the fertility diet, and getting moderate exercise and losing weight if that is needed. Sometimes that alone can help regulate ovulation.

However, if not, then drugs like Clomid are known to be helpful in helping women with PCOS ovulate regularly. Occasionally, if these women have high insulin levels which is common with the condition, Clomid with Metformin which regulates blood sugar and insulin levels are the right drugs to help them ovulate properly and regulate cycles.

In seldom cases, women who have this condition can get pregnant naturally, but that is the exception and not the rule. Pregnancy usually can only happen by in vitro fertilization (IVF) through a donor egg. However, for premature menopause, pregnancy will not happen unless it is through donor eggs via IVF. 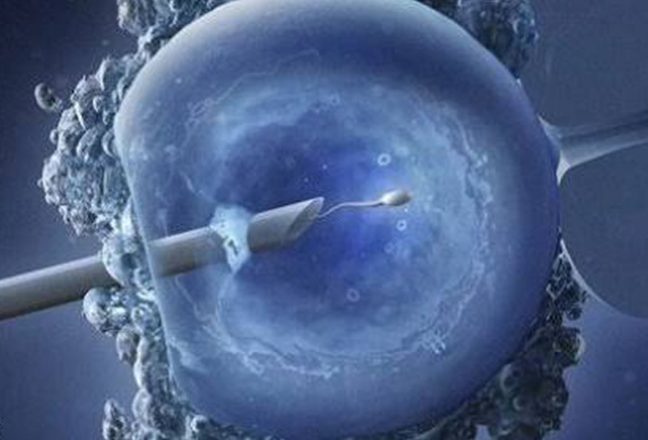 It is highly unlikely that women who have Turner Syndrome even have eggs at all, however in some cases women with partial or mosaic Turner Syndrome can which means a partial X chromosome was missing in their cases.

However, these women with mosaic Turner Syndrome may go through puberty but many times end up going through premature ovarian failure in their late teens to early 20’s. Many of these girls who have the condition, whether it is full-onset or mosaic have heart conditions and pregnancy is not advised, even if they want to use a donor egg to conceive. Most of these women end up adopting or have a baby through a surrogate.

However, some women with Turner’s Syndrome, full-onset, and Mosaic have had successful pregnancies with the help of IVF whether it was through a donor egg or if their own eggs were salvageable.

However, if girls who have Turner Syndrome whether it is full-onset or mosaic and do by chance go through puberty, if they want to have kids of their own later on, their parents are advised to arrange to have their daughter’s eggs frozen immediately. Because there is a high chance they will go through premature ovarian failure before the age of 20.

Unfortunately, in severe cases of female fertility, regardless of the cause, after failed attempts of other treatments- IVF is the second last resort. Women with severe PCOS and severe endometriosis many times are successful conceiving through IVF with their own eggs and can have their own biological children. However, those who are not may either choose to go through the surrogate route which is even more complicated and expensive than IVF or may decide to adopt or decide to remain childless. 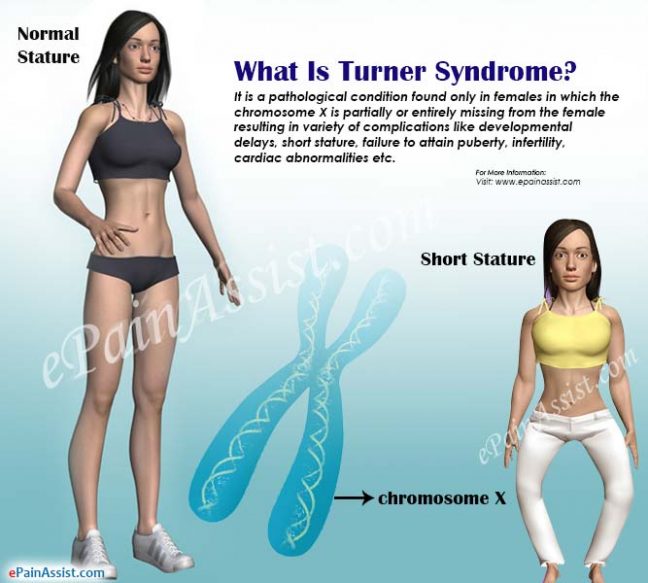 However, these are the worst case scenarios and the odds are usually in most women’s favor who face infertility that they will conceive their own biological children through other methods that are a lot less invasive before even going near the IVF route.

Even so, women who struggle with infertility are not only devastated because they feel their odds of having their own children are not in their favor, but it is a huge self-esteem killer. These women don’t feel feminine enough if they struggle with infertility and feel like they are “broken”. Many of them stay silent about it but others share it willingly to help spread awareness and also share it because of needing support from others that they absolutely need to have.

And, if you are a woman who is relating to any of these symptoms or signs of infertility- you very well could need some intervention. You are also not broken and you are just as feminine as you ever were and it is okay to need help. And at the same time never assume the worst case scenario.