Ovulation day is the most important day

Have Sex BEFORE Ovulation

If you are using over the counter ovulation predictor tests, you will have a very definitive answer as to when you are ovulating, based on a double dark line. In addition, during ovulation, you will notice egg-white cervical mucus texture. More on tracking your ovulation below.

Since the LH surge can happen very quickly, it is important to test at least twice daily during the week that you expect ovulation, so you don’t miss that important time. If you anticipate the date that your ovulation will occur, you can actually go ahead and have sex around 12 to 24 hours BEFORE your expected ovulation date, or like it was mentioned before you could start having intercourse 2-3 days beforehand.

This is a good idea since the sperm can live longer than the egg. This way, the sperm will be ready and waiting for the egg when it is released which is the best time for conception to happen, like it was mentioned previously.

Have Sex DURING Ovulation

Once you get a positive ovulation predictor test result, or otherwise think that you are ovulating, you can go ahead and have sex. Have sex now!

If you want to have sex once a day for a couple days following your positive test, that is fine; and if you want to go ahead and have sex more than once per day, that is okay too.

Some doctors recommend that you not have sex more than once a day during ovulation, since this can diminish the quality of sperm. However, many doctors suggest that this is not true, and having sex during ovulation is just fine no matter how many times you choose to do it. As long as you are doing the ‘baby dance” during your ovulation time, that is what is the most important.

Keep in mind as well because the egg only lives for 12-24 hours after it is released, it is highly recommended to have sex before ovulation as well so that the sperm can have the opportunity to fertilize the egg once it is out so it is fresh. You can most definitely have sex again during ovulation for insurance! But it is not ideal to wait until ovulation has actually happened. 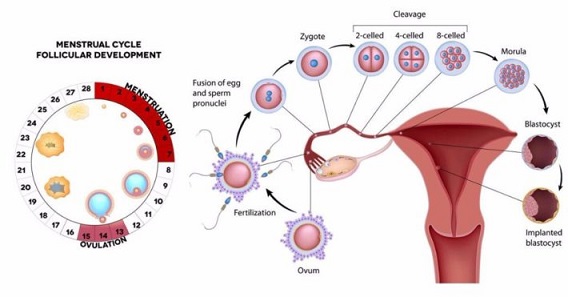 TIP #2 Have sex as soon as you get a positive ovulation test – and probably the next day or two after!

When Could You Expect Ovulation Day To Happen?

First of all, if you are not sure what ovulation exactly is, it’s when the egg matures in your follicles, in your ovaries. And once the egg is mature enough to be fertilized, it is released by the ovary into your fallopian tubes where it will be waiting for the sperm to fertilize.

Ovulation day is literally one day out of your cycle because once the egg is released, it is only good for 12-24 hours.

However, let’s now go back to the original question of when you would expect to ovulate.

If you know your cycles, especially if they are for the most part regular, pinpointing when ovulation is happening will be quite easy. So let’s take an example of a woman who has a typical 28-day cycle, and she gets her period pretty much every 28 days every month. What she will do is take 28 and subtract 14, and then that will indicate when she is likely ovulating. That would be around day 14. The reason it takes 2 weeks after ovulation to start a period is that after ovulation happens, a woman begins her luteal phase.

However, once the 2 weeks’ timeframe is complete and there was no embryo implanted, the progesterone levels die down and other hormone levels fall as well. Therefore, the uterine lining begins to shed which becomes the period.

TIP #3 When do you ovulate? Try this basic calendar method first.

When Do You Ovulate If Your Cycles Are Irregular?

Many women do not have regular cycles, therefore, the calendar method would be a useless way to chart in those instances. The good news is, there are other methods that women can use to chart their cycles if they are not 100% regular. 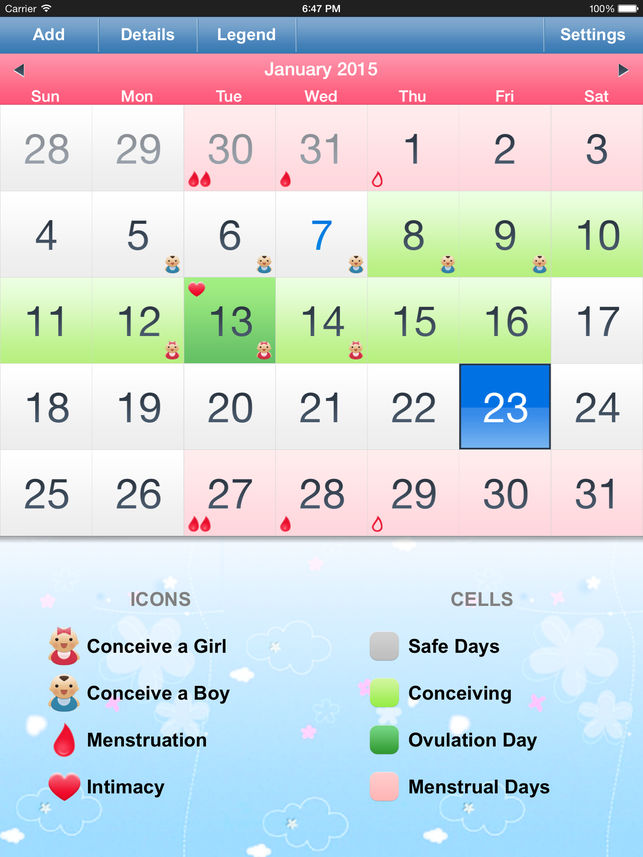 The best thing to do is to start charting before you are even trying to conceive by taking your temperature with a basal body thermometer each morning before making any kind of move.

Don’t get out of bed, don’t go to the bathroom, stay laying down and take your temp!

Whatever the temperature is, be sure to mark it down and this should be done for 3 cycles before trying. The purpose is for you to get to know your cycles. When you see a slight temperature rise over a 2 day period, that is when you have ovulated.

If you have taken your temperature for 3 cycles and have noticed a rise from day 14-16, then day 18-20 next month, then day 16-18 on the third month, this is a clear sign that you are not ovulating on a regular basis. However, you still have a rough idea of when in your cycle that you are ovulating. But because it cannot be pinpointed, there will be other methods to rely on that could be more helpful to you.

What you will want to do is be sure to check the texture and consistency of your cervical mucus during your cycle. It may sound odd, it may sound a bit, well, off-putting – but it’s an easy thing to track. 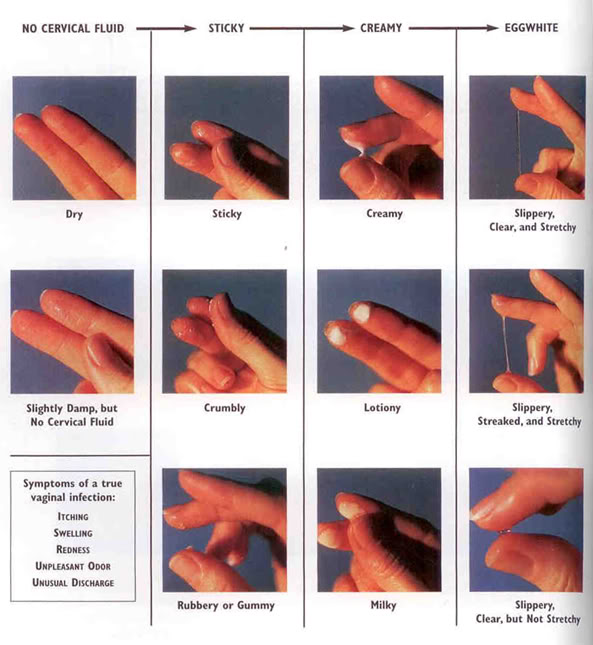 Have you ever noticed an egg-white discharge in your underwear or on your toilet paper? That’s cervical mucus.

Because once you are done with your period, you will have very little mucus and it will be dry as well. As the cycle progresses, you will see that your mucus is white or yellow, and is more sticky. That is a sign that the egg is growing but you are not fertile yet.

However, once your mucus is abundant and has a consistency of raw egg whites, then you are 2-3 days away from ovulation and this is when it is recommended to start having sex NOW!

So, therefore, if your cycle is not regular, and you notice that your mucus has this kind of consistency around day 13 of your cycle, then you will likely ovulate around day 15-16. That is definitely when to start trying because the sperm will stay in the reproductive system up to a week and the best time for conception to happen is when the egg is literally released while the sperm is waiting for it.

Another method to confirm that ovulation is happening very soon is if your mucus is becoming more abundant and has an appearance like raw egg-whites, then you will want to invest in ovulation predictor kits which measures the luteinizing hormone (LH) surge. The LH surge happens when ovulation is ready to happen. 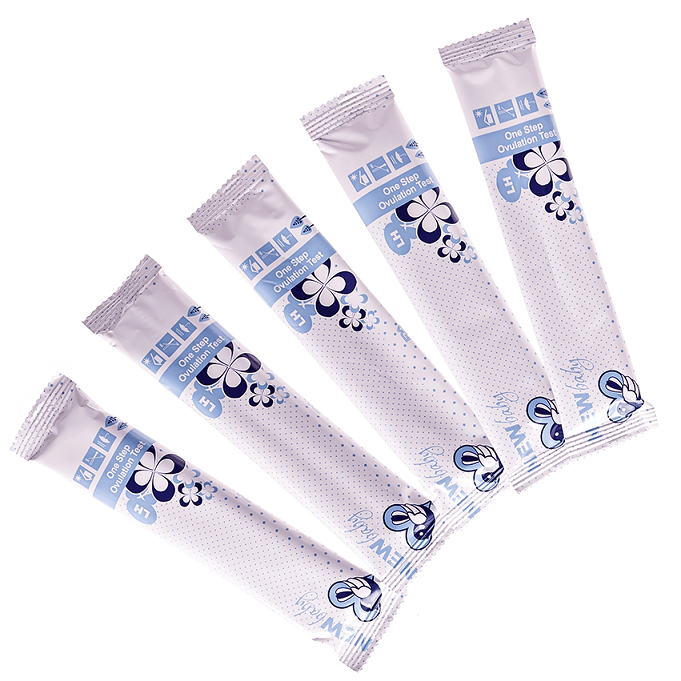 Ovulation tests are as easy as at-home pregnancy tests. When you see 2 lines, you are ovulating and it’s time for sex NOW!

If you already noticed that your cervical mucus had an egg-white consistency for a few days, and now you are noticing it to be yellow or white and sticky again, then that means ovulation has happened and the egg is no longer viable. If you did not have sex during the times when your cervical mucus was clear and abundant, then it is too late to attempt conceiving during the current cycle.

You will have to wait for the next cycle to have your chance at attempting to get pregnant again. It is a good idea to take a sheet and paper and actually mark the type of conistency your mucus has on each day.

Keep in mind that you are never able to pinpoint exactly when ovulation is going to occur, you can make a good guess, but that is all. If you are using an OPK, you will most likely ovulate within 36 hours of getting a positive result on your OPK test.

If you are using another method of charting your ovulation, such as paying attention to your cervical mucus, or charting your basal body temperature, keep in mind that you are going to get a general idea of when you will be ovulating, but you will not be able to know for sure.

TIP #4 Bottom Line – Got a positive ovulation test? Then have sex now!