It’s the most wonderful time of the year! Or so they say, when it comes to fertility and getting pregnant. Did you know that December is the prime time to get pregnant? This is true, at least when it comes to the UK. The exciting thing is that British birth records indicate that September is the most common month for women to give birth. Claim Your 20 Free Pregnancy Tests – Click Here

This means that more women get pregnant in December than in any other month of the year!

So, what does this mean, and what do we think the reason is for this? Let’s read on and find out!

What Are The Reasons? 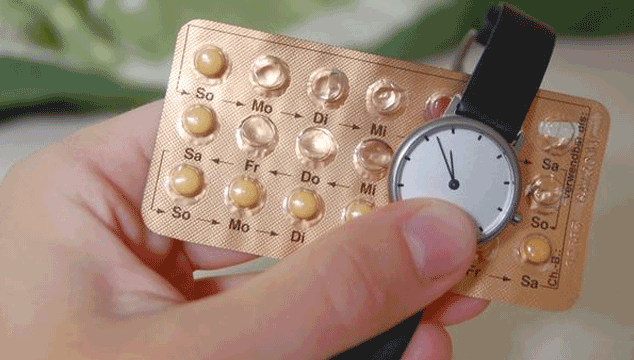 We call this the “busy holiday effect!”

It’s common knowledge that the holiday season, while being the “most wonderful time of the year,” is also definitely the busiest time of the year, and that is especially true for moms, who are often overwhelmed with gifts, parties, planning, school functions, work functions, family get togethers and more. This can lead to being extremely tired and stressed out, and to put it frankly, moms might be too exhausted to worry about contraception. This can definitely be a reason for the uptick in December pregnancies.

Some couples actually plan to have a December pregnancy, so this will definitely contribute to the fact that more pregnancies happen in December than any other month. For couples who are ULTRA focused on their children’s education, getting pregnant in December can net an all important September birthday! When it comes to kids and education, a September birthday means that a child is usually one of the oldest children in the class.

This has been proven to be an educational advantage when it comes to school, so some parents might actually plan a September birthday for academic reasons.

Children who are born in September, are usually the oldest in their classes, and often excel academically. Other couples really want to start the New Year off pregnant, so December is that last chance push to make that happen. Some couples actually plan it out to try to get pregnant in December in order to have a baby with a September birthday, for a variety of reasons. For couples who have a goal to become pregnant in a certain year, getting pregnant in December can be the key!

As we all know, December is also prime time when it comes to sickness, whether it be colds, flu, or an icky sinus bug. What does this mean for most of us? Heading to the doctor and stocking up on antibiotics. This can wreak havoc on birth control, since most antibiotics make birth control pills ineffective. Women who suffer from sickness during the winter months should definitely keep this in mind and use a back up method of birth control while they are sick in order to prevent an unintended pregnancy. This can definitely be a contributing factor as to why more women get pregnant during December as opposed to other months, since it is at the height of cold and flu season. 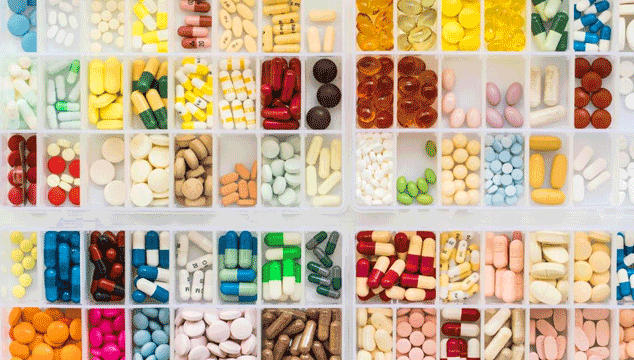 Another reason for the influx of December birthdays? Blame it on the festive feelings! The holidays can really bring couples together, even if they are busy with tons of other things during this time.

Let’s face it, the lights, the tree, hot chocolate by the fireplace, and tons of time together can really be romantic.

Most people also often have many days off of work and school during the holiday season, which means more time together, and of course, more time for romance. Couples might actually find the time to reconnect during the holiday season and that can help them to have time to try to conceive. To put it simply, it seems that the romance is really alive when it comes to the holidays! This could actually be one of the contributing reasons as to why more babies are conceived in December than any other month!

This is actually a very interesting study, showing that sperm are much more mobile, much stronger, and overall much healthier during the colder months of the year.

The study, which included close to 6500 semen samples over the course of three years, concluded that sperm health was greatest in the winter months, and that overall sperm health is much lower in the Spring and Summer months, when the weather is hotter. Sperm count dropped significantly during the warmer months of the year, and rebounded more in the cooler months.

This is one of the reasons that it could be that there are more pregnancies in December than any other month, since it seems like this is when sperm are at their healthiest.

This is a very interesting aspect, and while we do not know the exact reasons WHY the sperm are so much healthier in the cooler months, it is definitely something to take note of if you are trying to conceive.

Some experts actually think that the fact that we are more fertile in the winter months stems from our caveman days!

Back in ancient times, when we “hibernated” for the winter, it was likely for animal instincts to kick in and try to procreate before hibernation.

Now, does this have anything to do with the fact that these days, more babies are conceived in Decemeber than any other month? There is no way to know for sure, but it surely is an interesting idea and an interesting theory about the matter, and definitely something to keep in mind as you consider which time of year you are more likely to conceive. Science has yet to prove anything regarding this sort of “caveman” theory, but it is definitely interesting.

If You Do Want To Conceive

For couples that DO want to conceive during December, there are a few things that can help to improve the chances of getting pregnant.

First of all, tracking a woman’s cycle is a definite plus and a definite thing that can help improve the chances of conceiving. You can track your cycles using ovulation predictor kit tests, which are very inexpensive and available just about anywhere. Women can also use basal body thermometers to chart their temperatures and look for a temperature spike, which might indicate ovulation is near. Cycle tracking and looking for ovulation days is imperative to conceiving, since this is what helps women know when they are fertile enough to conceive. 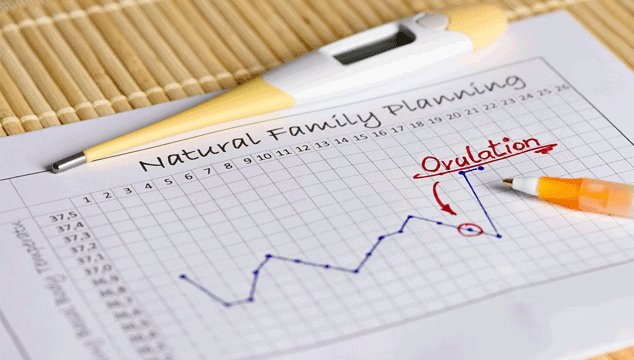 For women who want to conceive around or during the holiday season, there are a few other things to keep in mind.

These may actually improve the chances of getting pregnant during the most wonderful time of the year. One of those things that many couples don’t even think about, is their lubricant. Some lube can actually contain spermicidal qualities. These spermicidal qualities can actually hurt chances of conceiving, so doctors say that using a natural lube is usually better in these sorts of situations. There is a “sperm friendly” lubricant called PreSeed that is supposed to be safe for sperm, so that is one option that is available.

We heartily advocate PreSeed as one of the best kept secrets getting pregnant!

Some couples also choose to use a totally natural lubricant such as coconut oil instead, to prevent any problems with a spermicidal lubricant.

Another problem that can hinder the chances of trying to conceive includes having too much sex. That’s right, too much sex.

It might sound counterintuitive, but having sex too often can prevent a man’s sperm count from having a chance to replenish. This can actually make it more difficult to conceive. To take care of this problem, doctors suggest having sex every other day or every two days at most, in order to give a man’s sperm a chance to get back in order. Experts also say not to have sex more than once per day during a woman’s ovulation time, since this is also counterproductive. These are all things that can make it harder for a woman to conceive, so if a couple wants to actually get pregnant during the holiday season, these are some tips and some things that a couple should steer clear of.

If You Do Not Want To Get Pregnant

If getting pregnant is not your idea of fun during the holiday season, it’s important to know what to do in order to prevent getting pregnant on accident. It might sound silly, but one of the reasons that so many women get pregnant over the holiday period is that they are too busy to worry about contraception. If you are a woman who takes the birth control pill, go ahead and set a timer on your phone so that you can be reminded of taking the pill at the same time every day. Maybe even put your pack of pills in your purse, so that even if you are away from home at a holiday gathering or family function, you will still be able to stay up to date on your pills. 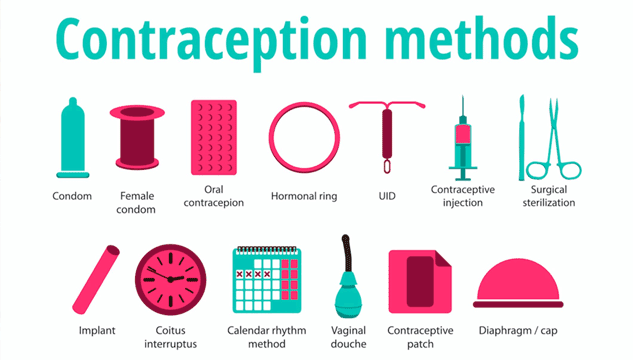 You definitely don’t want to miss a pill, because we all know what can happen in just a short period of time when you miss birth control pills!

The same also goes for couples who use condoms as their main form of contraception. Make sure to have plenty on hand, and be sure to stick some in your handbag or luggage when you are traveling to ensure that you always have protection with you. It’s also a good idea to make sure you have some form of emergency contraception on hand with you, especially if you are traveling and are away from home.

If you do forget your birth control while you are traveling for the holidays, be sure to give your doctor’s office a call to see if they can call you in a new prescription while you are away. Also important to note is the chances of unintended pregnancy if you have been drinking too much during a holiday party. Make sure not to overdo it on the alcohol, so that you are always using your best judgment and making good decisions. This is always a good idea, but even more so if you are worried about an unintended pregnancy during the holiday season. It might sound a bit odd, but the truth of the matter is, your odds of making a bad decision go up a lot when you drink too much alcohol.

As you can see, there are so many reasons why it is more common for women to get pregnant in December as opposed to any other month during the year. This is important for both women who are trying to get pregnant and women who want to prevent pregnancy as well. Follow these tips and this advice and you will be able to be in control of your own fertility, whether that means improving your chances of conceiving or preventing pregnancy, either way. But either way, ‘tis the season to conceive!