Many women who want to become mothers realize that they have to make sure they live out their dreams with having their own kids before their biological clock starts to tick. That means many women are pressured to have their first child by the time they are 35 because they realize that after that age, fertility wanes. They are under pressure to have their kids by then because they know that there is a strong possibility that they will not likely be as fortunate if they start later. But what about the oldest mothers to give birth?  Claim Your 20 Free Pregnancy Tests – Click Here

Many women have been successful with starting their families even older than that, but it is a chance that they take. Because after they turn 35, the quality of their eggs starts diminishing quickly after. In fact, by the time women are 29, their egg quality begins to diminish slightly, but not significantly enough to cause them to worry.

Additionally, after 35, many women also start experiencing hormonal imbalances which can increase the chances of miscarriages as well. And, the fact of the matter is, more and more women are waiting to start their families because they want to use their time in their 20’s to finish up their education and to build their careers. They may also want to take that time to enjoy their freedom by travelling, going out to bars and clubs with their friends whenever they please and want to enjoy the luxury of sleeping in.

And, with the increase in popularity of the egg freezing process, more and more women are taking advantage of that so they can have their fresh eggs retrieved in their 20’s, and use them at a later time so they can have their own kids by using their own preserved healthy young eggs. Egg freezing is a very expensive process so that is something that women who want to take advantage of it to consider as well. Additionally, there is no guarantee that the eggs will survive when they are thawed when these women want to start their families.

And, if they cannot use their own eggs, they can always use eggs from donors. There are plenty of egg donors around. And, using an egg donor for pregnancy is a lengthy and expensive process, but many women do it. And, in the majority of cases, this is why you hear about women having kids at much later ages – they become mothers at the age that they would be expected to become grandmothers.

Oldest Mothers to Give Birth

Let’s talk about 12 of these oldest mothers to have given birth in the world.

A woman in India named Daljinder Kaur was 72 when she gave birth to a healthy boy in 2016, and her husband was 79 at the time. She went through postmenopausal IVF treatment by using a donor egg, and she had apparently been trying to have a baby with her husband for 50 years. And, there were 2 unsuccessful IVF treatments in between that time as well. However, it finally took when she was in her early 70’s with a donor egg. 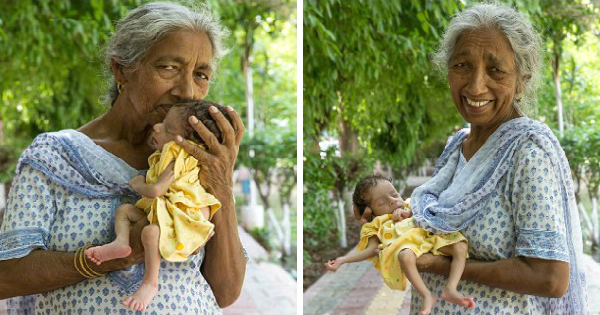 Here is another woman in India who had given birth at the age of 70 in 2008 through postmenopausal IVF treatment by using a donor egg. However, after she had given birth, she ended up having some serious health complications that almost took her life. Fortunately, she did bounce back not long after. 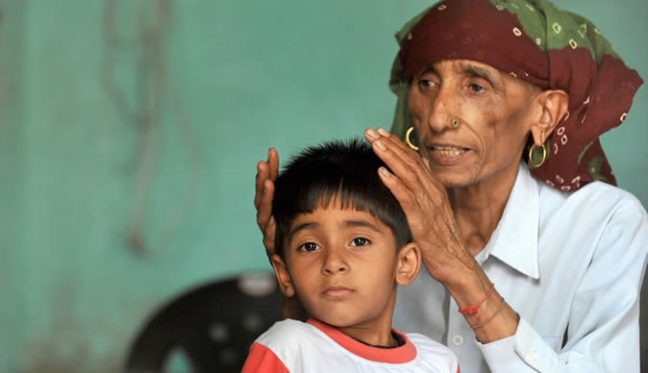 Morgan Zantua from Washington had gotten married for the second time when she was 44 in LA, and after she had miscarried, she decided not to bother trying to get pregnant since she was 44 at the time and knew her biological clock was just about to end. She figured that she was meant to have a child-free life and just as she was making peace with it years later, she found out that she was pregnant at 51. It was a natural conception and had a healthy daughter in 2001. That is their only child, and a miracle due to the fact that she was born after being naturally conceived.

Giving birth at 50 or 51 with a biological child is not unheard of since any woman can technically get pregnant before she hits menopause. However, the egg quality at that point would be extremely poor and often times, if a natural conception happens at that point, the pregnancy does not end up becoming viable.

Lyudmila Belyavskaya from Russia ended up giving birth to her daughter when she was 52 years old in 2003, and it was through a natural conception as well. Her husband is the actor Alexander Belyavsky, and he is the father of the child too. There is another example of a woman giving birth to her own child before reaching menopause. And, the average age of menopause is 51, and she had obviously started going through it later than the average woman. 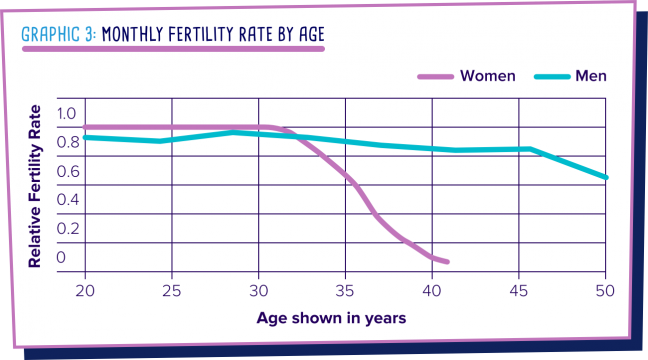 Elizabeth Pearce from the UK had given birth to her youngest child at age 54 in 2016, and it was a natural conception. Because this child was naturally conceived at the age she was at, then that is pretty obvious that she had not started menopause until a much later date.

Aracelia Garcia of Washington was nearly 55 when she gave birth to triplet daughters in early 2000. She had conceived the triplets naturally, without any treatments at all. She delivered her daughters in early 2000 via C-section and they were all healthy. Because this was also a natural conception and birth, she had not hit menopause even at 55. However, the fact that she had natural triplets at her age is not at all a surprise.

In fact, for couples that want to increase their chance of having twins or more, one of the tips that they use for that is to wait until the woman is over 35. Yes, there are risks since the quality of the eggs begins to decrease. And, the egg supply also begins to run out. That is why it is quite common to hear of older women that get pregnant end up conceiving multiples. Instead of one egg being released during ovulation, 2 or more tend to become released because the supply is nearing the end.

Barbara Christman in Pennsylvania had given birth naturally with her husband Daniel Christman when she was just shy of her 55th birthday in 1847. That baby was her 7th child, and because it was in the 19th century before modern fertility treatments were a thought. Who is to say that she did not use natural tactics to increase her fertility as it has been known for thousands of years that herbal remedies such as Vitex can help increase fertility.

However, she was another woman who started going through menopause very late in life. And, there is no information on whether or not this family was part of the Amish community. However, Amish families are typically quite large, and that is because Amish women keep giving birth until they literally hit menopause. This could possibly be one example of that.

Lisa Swinton McLaughlin was the medical director for the American Red Cross in Baltimore who had given birth to twin boys at age 56 that were conceived through IVF in December 2014. They were born prematurely, and she had been in severe pain and stayed in the hospital for a while after giving birth. As it turned out she had a bowel obstruction and passed away from it in early 2015, while her sons were still in the NICU. 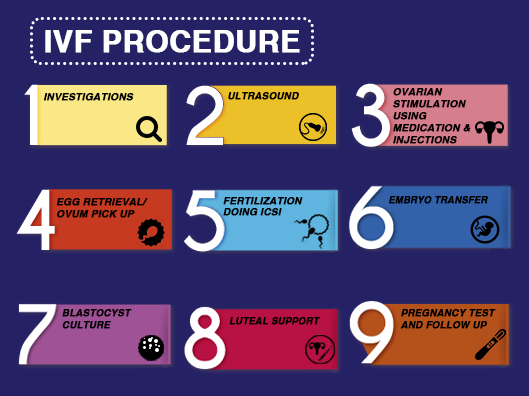 Natalya Surkova from Russia had given birth to her 3rd child in 1996 at the age of 57. She was in perimenopause and was put on on hormone replacement therapy for a year and a half before conceiving naturally. She already had 2 adult children from a previous marriage, however, she wanted to have a baby with her second husband because he did not have children of his own. And, he did not want to be childless, so they ended up having a daughter in 1996 when she was 57.

Tineke Geessink of the Netherlands used a donor sperm with a donor egg while undergoing postmenopausal IVF treatments and finally succeeded in getting pregnant. She ended up having a daughter in 2011 when she was 63 years old. She had been documented as the oldest mother to give birth in the Netherlands. 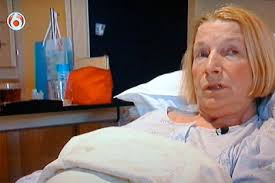 Adriana Iliescu of Romania had undergone postmenopausal IVF treatment with using donor sperm in 2004 when she was nearly 66 years old. She had initially conceived triplets but one fetus passed away in utero, and then she delivered twins, with one being stillborn. She had one healthy daughter when she gave birth at age 66 in 2005.

These 11 examples of the oldest mothers to give birth are just a few examples of so many more. And, there are many attitudes that people have whenever they hear of older women giving birth.  Most people don’t think quite highly of women that give birth at an age that is not natural to endure a pregnancy and birth. 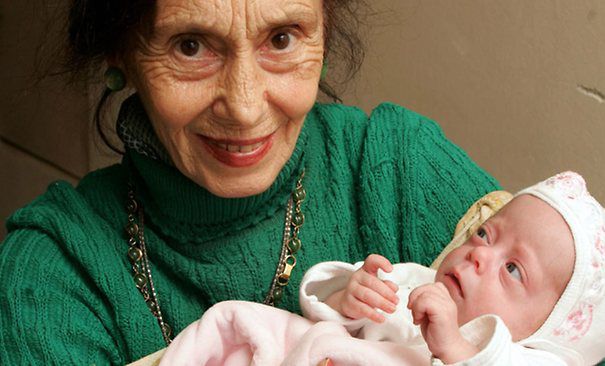 Firstly, many people don’t like to hear about women that are past their prime bringing new lives into the world. That is because of the fact that when their kids are teenagers and adults, then their mothers (and fathers) may not be around any longer, or may be too old and frail to get any joy from seeing their kids hit major milestones.

That is a legitimate concern and it is understandable that people would be critical of these women that give birth at an older age. However, there is one thing to remember. There is no guarantee that a 25-year-old mom would be around to see her children grow up either. Sadly accidents and misfortunes happen. Sure, the odds are in their favor that they would, but nothing is guaranteed.

The other concern that people express about older women giving birth at an age that is not within the childbearing range is that any pregnancy and labor would be that much more difficult to handle. The truth is that younger women are built to endure pregnancies and labor. And, once perimenopause hits (which can start as early as 10 years prior to going through menopause), maintaining a healthy pregnancy becomes a lot harder because not only at that point does the egg quality diminish. However, at that point, the hormonal levels begin to change, and it can have a negative impact on carrying any pregnancy to term.

And, once women reach menopause, they no longer can have children of their own. And, the only way at that point they can have children is by using donor eggs and going through postmenopausal IVF treatments, which is extremely harsh. A healthy younger woman that undergoes IVF would have a difficult time as it is. It would be a lot more difficult for a woman to go through that ordeal that is past the menopausal age.

However, people can judge all they want. If these women want to have children at an age that is past their childbearing years, then they certainly have that right. They will need to do the right thing by preparing for the future such as making arrangements in their wills when it comes to childcare if something were to happen them before their kids turn 18. And, they will also have to realize that they may not be able to attend huge milestone events such as graduations because they will not be in physical shape for it.

But, if these older moms want to experience motherhood regardless of their age, then they deserve to live out their dreams!