The last thing you are probably thinking about after giving birth is having sex, let alone getting pregnant anytime soon again! After giving birth either vaginally or by c- section you will be very sore and those areas need to heal up. Claim Your 20 Free Pregnancy Tests – Click Here

But in short, it’s possible to get pregnant 4 weeks after birth, if ovulation has returned.

The reality though is that the afterbirth is still shedding after birth which is also known as lochia, and can last about 5 weeks, or 6 at most (This is like a sometimes heavier than usual period or perhaps just spotting).

If you had a c- section, lochia sheds for about 3-4 weeks, but even so that could last a little longer. Therefore, having intercourse is likely the last thing on your mind for that reason too. That is unless you never had a problem with having intercourse during your periods as some women don’t. Even so, most women would not want to have intercourse so soon after birth due to being sore and the need to recover.

However, if you had a vaginal delivery, then your OBGYN will likely tell you it is okay to start having sex 4-6 weeks after having the baby. If you had a c- section, you can probably have sex during that timeframe as well, depending on your recovery. 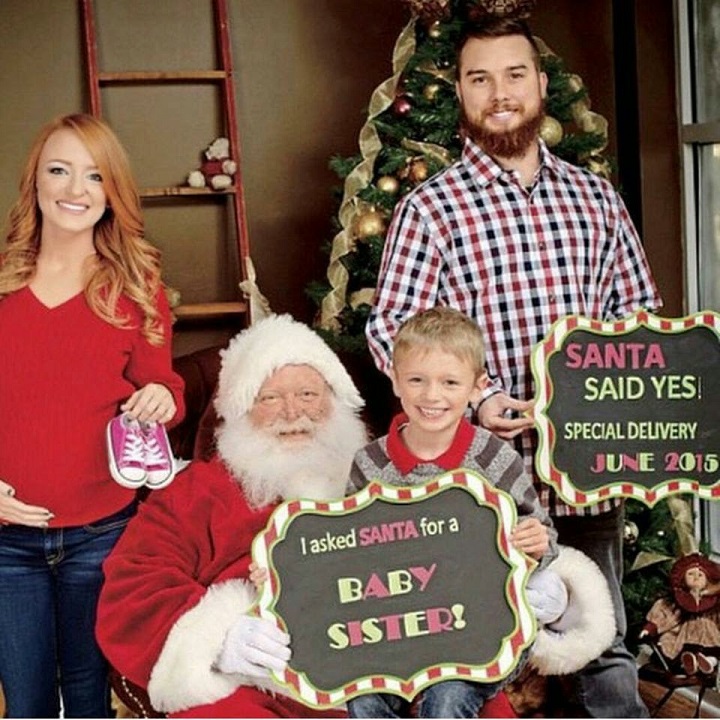 At the same time, after giving birth you may also wonder how soon it is possible to conceive, and if breastfeeding could stop a conception from happening.

After a few weeks of giving birth and allowing yourself to heal, and even though a baby throws your life upside down, you may like the idea of having “Irish twins.”

Irish twins are siblings that have a 9 month to under 2 year age difference.

But generally speaking, Irish twins usually refers to siblings 12-18 months apart. It comes from the notion that Irish people have large families, and often give birth to children every year, back to back.

How Does Breastfeeding Affect Getting Pregnant?

The truth is that you can technically get pregnant before you even have your first postpartum period, which can happen as early as 4 weeks after giving birth or as late as a year post-partum, if you are breastfeeding.

However, some women may not conceive before their first postpartum period because they do not ovulate until after the initial cycle which causes them to be sterile for that time. That is more likely to be the case for women who are breastfeeding than not.

If you are breastfeeding, you are aware that you will not expect your first period for at least 4 or 6 months’ minimum after delivery. Therefore, more often than not, especially before you get your first postpartum period, you are not ovulating. 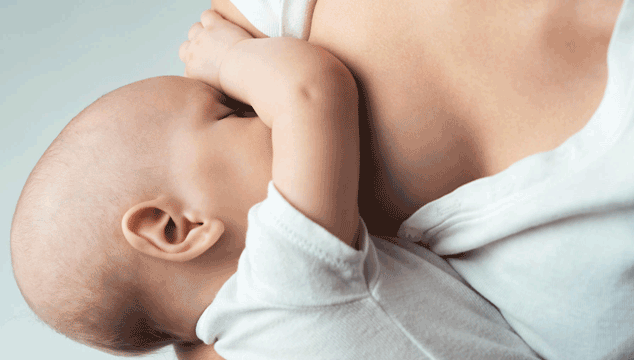 How Long Should I Wait to Get Pregnant?

However, the fact of the matter is that both the American Congress of Obstetricians and Gynecologists (ACOG) and the March of Dimes recommend that couples should wait at least a full year after giving birth to attempt to conceive again. Even 18 months after is an ideal time to wait, but getting pregnant 12 months after giving birth is not the worst thing that could happen either.

The reason it is recommended to wait 12-18 months to conceive again is because if you conceive sooner than 12 months, the odds of having complications during the pregnancy could increase. Therefore, you could end up having a premature or baby that is of low birth weight. The odds of that increases even more if you were to conceive within 6 months of giving birth! This could cause your second child to have complications such as developmental delays, autism, hearing problems, vision, respiratory, digestive issues later on in life.

It is unknown why having shorter intervals between pregnancies has been linked to those kinds of complications. One possibility is that there could be residual inflammation in the uterus from the previous pregnancy.

In addition to the fact that the body doesn’t have enough time to fully replenish the vitamins and nutrients needed for another pregnancy.

However, there are still plenty of babies that were conceived so soon after their siblings were born and are just fine. It just means the odds are higher that women could be facing these complications if they were to conceive so close after having a baby.

Therefore, if you are wanting to know how soon you can get pregnant after giving birth for the purpose of wanting to avoid a pregnancy from happening, then you will need to go back onto birth control right away as breastfeeding alone is not a reliable form of birth control.

The fact of the matter is that unless you are one of the rare women who are up to having intercourse a week after giving birth, you can only use condoms as a contraceptive for the first 4 weeks after having the baby.

Again if you are breastfeeding, especially, the odds are against you that you would conceive that quickly since you likely haven’t ovulated so soon after giving birth. But as discussed previously it can happen, and you will have to use protection right away, which initially can only be the condom.

By the way, you can use female condoms if your man is not keen on using a condom, as they are safe, don’t need to be fitted, and don’t release any hormones. All you have to do is make sure they are intact.

However, if you want to use birth control methods that release synthetic hormones to suppress ovulation, you must wait 4 weeks after delivery because extra estrogen can increase the risk of blood clots if you take these contraceptives before that time frame. These options include birth control pills, Depo-Provera, as well as IUDs.

Though just realize that your practitioner will tell you when it is safe to resume to having sexual activity, but many women don’t listen to what their doctor says and start having sex before their postpartum appointment which is 6 weeks after the birth.

However, for those women who do wait at least 4 weeks after birth to have sex again are not limited as far as what kind of birth control methods they can use if they choose not to breastfeed, that is. However for breastfeeding moms, they are still limited in regards to what kind of birth control method they can use because extra estrogen can reduce the amount of breast milk.

There are choices on what breastfeeding moms can use as far as birth control if they don’t want to rely on or use the condom. 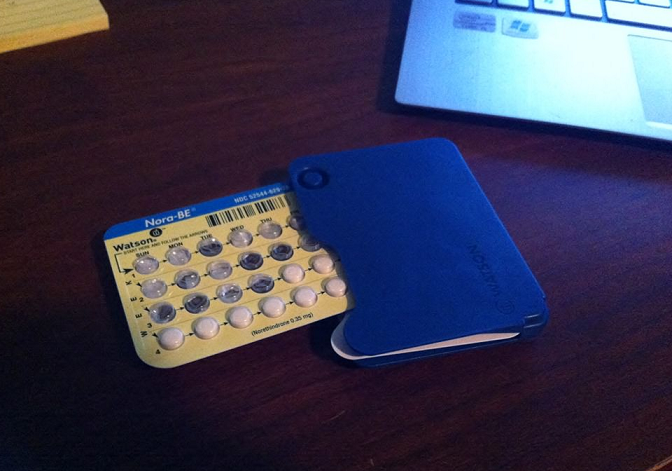 The mini-pill. The mini-pill is an oral contraceptive that has very little progestin. The pills come in packs of 28, can be taken every day so you are getting the hormone into you, and realize as well that the mini-pill must be taken at the same time each day so it is effective. This is a great alternative for breastfeeding moms that prefer to use oral contraceptives, and a great alternative for women who can’t take estrogen for other reasons.

The Implant. The implant is a device that can be placed underneath the skin of your upper arm and it only releases progestin. It can be placed 3 weeks after delivery if you are not exclusively breastfeeding. However if you are, then it can be placed after 4 weeks, and this contraceptive is effective for 3 years. You can become fertile again after it is removed.

Diaphragm or IUD. You can have devices for birth control that don’t release any hormones as well inserted into you by your OBGYN which will happen likely on your postpartum check up, or even right away. You can use the diaphragm, and the IUD. However, some IUDs do release progestin, and with those ones you will wait at least 3 weeks to have them implanted. 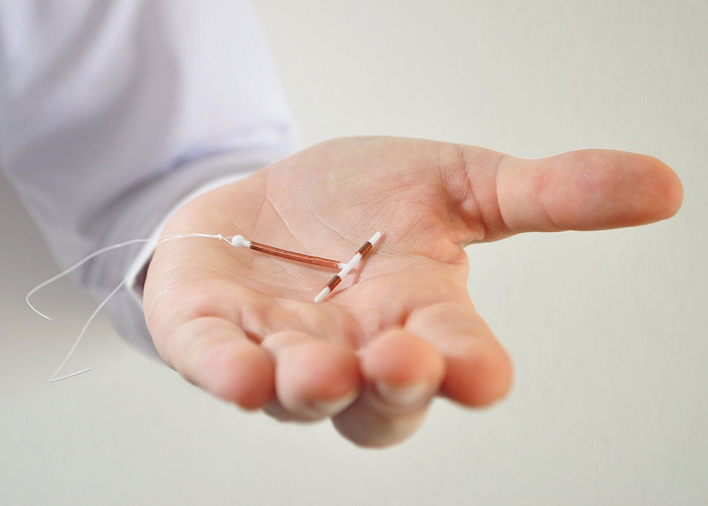 However, if you are aware of the possible risks of having babies so close in age and you want to have “Irish twins” anyway- then you will need to be responsible for planning a pregnancy so quickly after giving birth.

The later you wait to conceive, the better, meaning it is advisable to wait at least 6 months to conceive again – that is at the very least. This means you need to start taking folic acid right after giving birth, as well as a prenatal vitamin. Though continuing it straight from pregnancy is certainly a great idea, especially if breastfeeding as the nutrients in a prenatal vitamin are great for nursing moms too.

If you are breastfeeding, you will have to continue to eat foods that you would eat during pregnancy to make sure your baby is getting the nutrients needed. Bear in mind, some nutrients that you do need to make your body ready for a pregnancy may upset your baby’s stomach if you are breastfeeding. This is why it is important that you also speak with a dietician who can really help you with your food plan.

If you are breastfeeding, you will avoid doing drugs, smoking, drinking and even small amounts of caffeine as that may upset your baby’s stomach anyway.

You are also going to want to make sure you get down to your pre-pregnancy weight before conceiving again because if you get pregnant while you haven’t taken off most of that added weight- you will increase risks even more of developing complications such as preeclampsia and gestational diabetes. 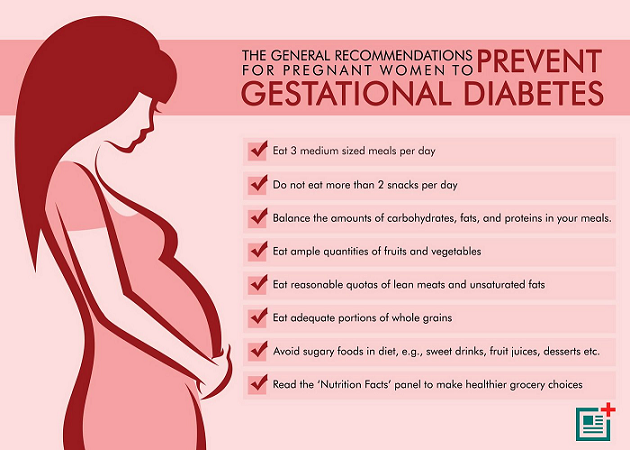 If you forget to take a dosage of the mini-pill for instance and you accidentally conceive 3 months after giving birth- also, don’t panic. Even though the risk is higher that you could give birth to a baby with complications- odds are still in your favor that it won’t happen. That is as long as you take excellent care of yourself once you discover that you are pregnant.

That means you must start taking folic acid, go back on prenatal pills, and get moderate exercise in. Chances are all will be fine. All you need to do is be mindful and careful.

So to sum up, yes conception right after birth is quite possible. How soon after birth is unknown but it is likely you are quite fertile 4 weeks after giving birth, or right after you get your first period if you are not breastfeeding. Again, never assume that if you choose to breastfeed that you are sterile because you can still get pregnant. It is best to use contraceptives that are right for your needs, or if you want to have another baby so soon, be responsible about how to plan for that. Lastly, if an accident happens, don’t freak out. Just take good care of yourself and your unborn baby while you are rearing your infant.