About 10 percent of women in the world have polycystic ovarian syndrome (PCOS), and it is a common cause of infertility as well as other health-related complications. PCOS is an endocrine condition where a woman is producing too much testosterone from her ovaries. And, quite frequently, affected women who have this hormonal imbalance are overweight or obese, have acne, facial hair, thinning hair, as well as very irregular or even absent periods. Does gluten affect PCOS?  Claim Your 20 Free Pregnancy Tests – Click Here

The severity of PCOS can range from mild whereas the affected woman still ovulates about 6 times a year on her own, and does not have facial hair and much acne at all, to severe where the woman has all of the symptoms of PCOS and is unable to get pregnant – even with the help of IVF.

And, quite frequently, women with PCOS have cysts in their ovaries that have the appearance of a string of pearls and are also insulin-resistant which is why many of them struggle with weight gain. 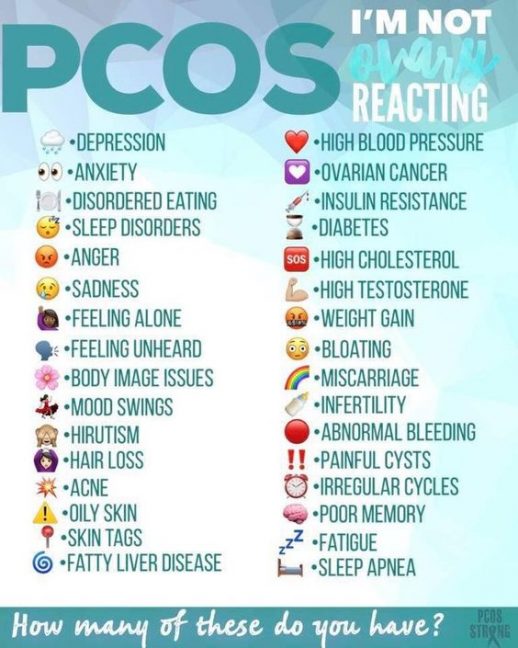 Insulin is a hormone that is released by your pancreas to break down glucose, and for those who are insulin-resistant, the insulin in the bloodstream does not respond to glucose in the blood. As a result, it is common for those who have the condition to always be hungry due to this condition. And, many women with PCOS are also pre-diabetic or have type 2 diabetes.

Additionally, weight loss can be challenging, but if those who are affected can work with a dietician who is experienced with a PCOS diet for weight loss – it is attainable.

And, one of the strong recommendations that women with PCOS should take is that they go on a gluten-free diet.

Even though it is unclear at this point about how many women with PCOS are gluten-sensitive, it is believed that gluten might aggravate PCOS symptoms. That is because since there is plenty of inflammation that goes with PCOS in addition to insulin-resistance, consumption of wheat products and products that contain gluten could possibly worsen PCOS symptoms.

That said, women that have PCOS might benefit from going gluten-free because that can reduce the symptoms and can possibly help with hormonal regulation. There is still not enough evidence to support this, but at this point, it is still believed that a gluten-free diet can possibly help women who have the condition. And, if they go gluten-free, they might also reduce symptoms of insulin-resistance by being satisfied after eating meals, and it can help with their weight loss efforts.

Limit the Intake of FODMAP Foods

However, at the same time, it is not said that gluten-free foods do aggravate symptoms, it is said that they might. And, the foods that are known to aggravate PCOS symptoms are FODMAP foods which contain a carbohydrate that is not easily digested. That said, these foods are more likely to be the culprits than foods that contain gluten alone. The only thing is that the majority of FODMAP foods contain gluten and this is why the connection is being explored. Examples of FODMAP foods are refined sugars, candies, pastries, white bread, white rice, potato chips, pretzels, and junk food in general.

And, FODMAP foods are those that should be avoided or at the very most, strongly limited for those who have PCOS. Additionally, there are some dangers of going on a completely gluten-free diet as well.

If you want to go on a gluten-free diet, then you need to follow it properly because if you restrict yourself to these foods, then you will be missing out on consuming important nutrients like zinc, folate, niacin, fiber, and iron. And, you need these nutrients to stay healthy and they are important to help keep your hormones as balanced as possible. Additionally, gluten-free foods are loaded with other types of sweeteners since the taste will be lacking otherwise. That in itself can create another set of health complications.

That said, the recommendation is before going on such a restrictive diet, it is best to find out if you have a sensitivity to gluten or if you have celiac disease. Especially if you think that gluten is the culprit for any kind of digestive disorder.

What Foods to Limit

The bottom line is that because there is still not enough evidence that indicates gluten can aggravate PCOS symptoms, the one thing that those with the condition can do is make an attempt to strictly limit FODMAP foods instead of going gluten-free. 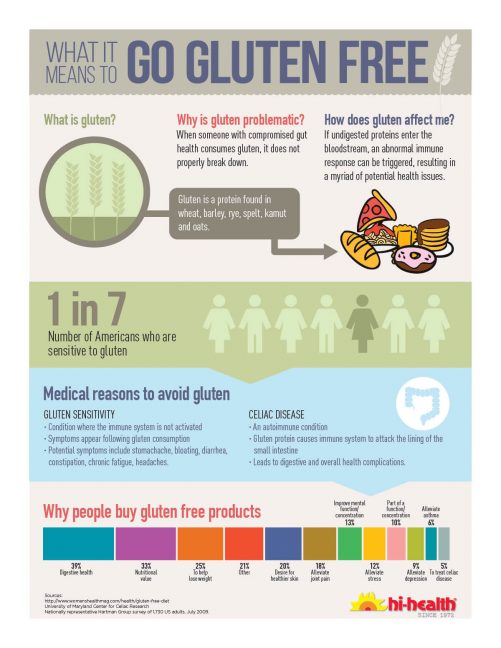 Get Tested for Gluten Sensitivity

And, the bottom line is that because there is still not enough evidence that shows that gluten can aggravate PCOS symptoms, the best thing to do is to get tested for a sensitivity to gluten. If it comes back negative, then do not worry about going gluten-free. It is best to work with a dietician to help you with weight loss and to guide you for sticking with a PCOS-friendly diet which will be almost free of FODMAP foods.