Fertibella ConceiveEasy is a fertility aid with a clinically tested formula that has already helped numerous women overcome their difficulties in getting pregnant. This monthly reproductive system is an all-natural supplement that helps with all the possible causes of non-specific infertility. Available as a part of the TTC Starter Kit, Fertibella is available as an all-in-one trying to conceive kit, with all the tools you need for a full 2 months of your TTC journey. Claim Your 20 Free Pregnancy Tests – Click Here

Besides Months 1 & 2 of the fertility pills, you will also receive 20 pregnancy tests or 20 ovulation predictor kits (or 10 of each), as well as a BBT thermometer and chart to be sure you are tracking your ovulation to time intercourse appropriately. The points below will explain how this extraordinary Trying to Conceive (TTC) Kit helps remedy various possible obstacles. 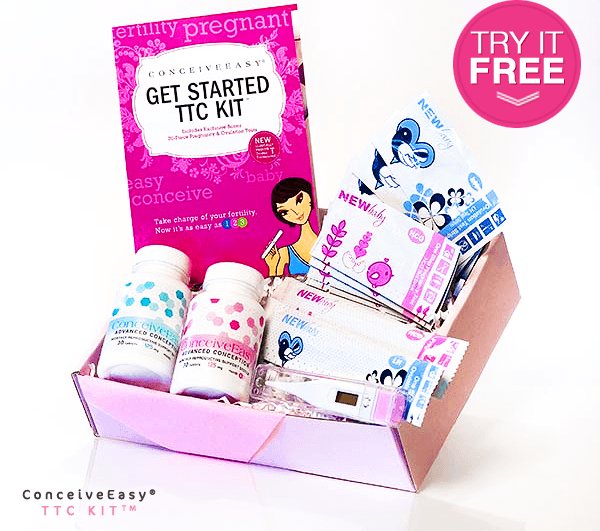 A woman’s menstrual cycle is irregular if it is consistently longer than 35 days or shorter than 21 days, or it varies unpredictably. Such irregularities make conception more difficult, because the day when the woman suffering from such menstrual disorders starts ovulating also becomes unpredictable.

Ovulation is the process during which the mature egg leaves the ovary and becomes available for fertilization by the sperm. The TTC Kit helps to regulate the menstrual cycle, which means that the rhythm of ovulation can also become predictable, making it possible to calculate fertile periods.

The luteal phase is the period following ovulation when the fertilized egg starts its journey from the ovaries towards the womb to implant there. If a woman suffers from a luteal phase defect, the pregnancy becomes unsustainable in the early phase because the lining of the uterus fails to provide an environment favorable for the implantation of the egg.

The hormone responsible for securing such an environment is progesterone, a hormone produced by the cells in the wall around the egg after ovulation. If the quality of the egg is compromised, the wall around it is unable to produce enough of this hormone, causing early, often unnoticed miscarriages. Fertibella facilitates pregnancy by preventing luteal phase defects and normalizing progesterone levels, thus improving the quality of the egg and of the lining in the uterus.

The follicle-stimulating hormone has a very important role in the maturation of the egg. High levels of FSH indicate unsatisfactory ovarian reserves (the capacity of the ovaries to produce strong and healthy eggs), thus reducing the chances of the egg to become fertilized. The fertility pills included in the TTC Kit is able to bring the FSH to normal levels and helps the ovaries produce eggs in the right number and of the right quality.

Good fertile quality cervical mucus is key to sustaining the most receptive environment in the vagina for the incoming sperm. When there are copious amounts of egg white cervical mucus around the time of ovulation, the sperm is able to live within this moist environment for up to 5 days awaiting an egg to be fertilized. If a woman’s cervical mucus is too dry or too scant, it will inhibit the sperm’s motility and affect fertility. Fertibella has all the ingredients necessary to help boost your cervical mucus levels, to assist in sperm motility being at its best.

The unique and innovative formula of Fertibella ConceiveEasy is able to address all the above causes efficiently, as well as many more. And as an all-natural product, it is completely safe, without any known major side-effects.