Infertility can come in many shapes and sizes. And sometimes it is a long road to travel, getting to the point of needing IVF or IUI. Doctors will tell them to give themselves a year to conceive. If conception has not happened, then to go back to them. Claim Your 20 Free Pregnancy Tests – Click Here

The only times when a doctor would have to intervene sooner than a year is when the woman is 35 and older, as well as if a woman has a history of irregular cycles. Other than that, couples that are presumably healthy will be told to learn what they can to increase their chances of conceiving by their doctors. And, if all fails even after doing the right things to increase the odds of achieving a pregnancy, to then come back.

And once couples are given the green light to start trying to conceive, they will hopefully hire a dietician or nutritionist to guide them on how to eat properly in order to boost fertility. These couples will also do research on how to boost their fertility such as ovulation tracking, as well as the guys switching their underwear to boxers instead of briefs so that the groin area is not constricted. This way, their swimmers can be produced better and end up healthier as well. That also included the guys taking shorter lukewarm showers instead of piping hot long or short showers. 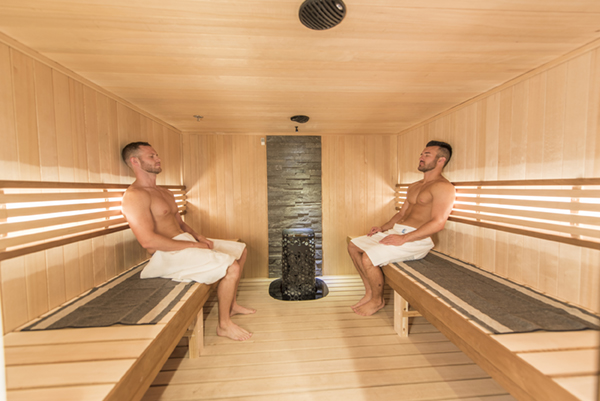 And, when these couples who are doing the right things and tracking their fertility times during their cycles have been trying to conceive for a year or over, that is when they start to panic. Therefore, that is the time to visit the doctor who can refer them to a fertility specialist (unless the woman is 35 or over or has irregular cycles, then a fertility specialist would have been intervening long before a year into the baby-making process).

Naturally, couples would wonder what could be wrong with them considering they could not conceive within the year especially after doing the right stuff. They would also jump to believing that the only option for them would be to undergo a grueling and expensive in vitro (IVF) journey.

However, that is rarely the first step that any fertility specialist would jump to unless it is a known fact that the woman has tubal blockages which would be assessed, or the man has a severely low sperm count with poor motility and morphology.

In fact, fertility specialists would look into other options first, depending on the issue. If the man’s sperm count, motility or morphology is normal, then the fertility specialist will track the woman’s cycle carefully to see if there are issues. If so, she will be prescribed a mild fertility drug like Clomid to regulate ovulation- and then the couple would be told to try naturally for 6 months.

However, in some cases, fertility specialists may end up wanting to jump into trying intrauterine insemination (IUI) which is the one step before IVF is considered.

IUI is also referred to as artificial insemination, and the practice has been around for much longer than you would even believe. In fact, the first recorded specialist to try IUI was through the founder of scientific surgery, and that was John Hunter in the 1770’s in London, England. What he did was collect semen through a warmed syringe.

However, at that time, there was no other type of technology around to track the woman’s ovulation, so it is needless to say that technology has evolved leaps and bounds ever since then. 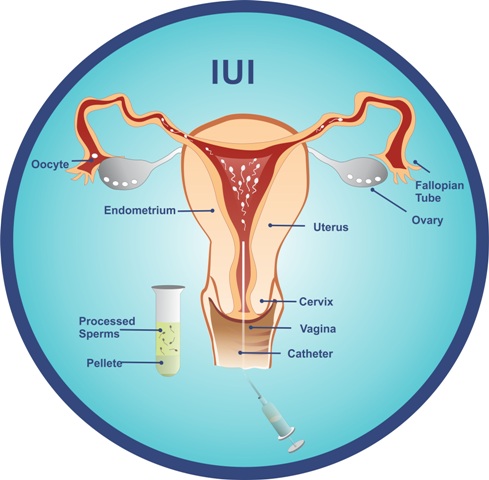 IUI is the practice of collecting semen and then washing the sperm to insert into a catheter so it goes directly to the woman’s uterus bypassing the long trek that the sperm would have to take to get there.

For couples who have unexplained fertility, and for men who have lower sperm counts, and/or poorer motility, and morphology (but not severely low), IUI is an option that fertility specialists want to utilize before jumping to IVF.  Also, this is the only way that donor sperm can be used as well.

How Is The IUI Process Done?

If a couple is ready to start trying IUI after failing to conceive for a year, or sooner depending on the situation, then they will be expected to go through this process in several steps.

The first step is that the woman’s cycle is monitored daily through the follicular phase (while the egg is maturing before it gets released). Even if she does not have any fertility and ovulation issues, she will likely be prescribed Clomid in order to predict the timing to do the procedure. Ideally, the best time to do the procedure is right before ovulation. The monitoring will be done through bloodwork and ultrasounds.

Once the egg is appearing like it is going to be released, even if there is no detection of the luteinizing hormone surge which indicates that ovulation will happen between 24 to 48 hours after the fact- the procedure will likely be done for that day, and again for the day after.  Especially if she is getting plenty of cervical mucus that has the texture of egg whites which is a clear indication that she is fertile.

Once that is done, then the woman will be expected to lay down for a half an hour to allow the sperm to travel close to the egg since it could release at any time. The process will likely be repeated the next day as well if ovulation has not happened since washed sperm does not last for very long, unlike natural sperm does in the female reproductive tract.

If the timing is correct, and there is enough sperm to work with, then pregnancy will very likely be achieved within 6 months. If not, then, unfortunately, the next step will have to be considered which is IVF. However, before getting to that point, let’s also take a look at the advantages and disadvantages of IUI.

There are two main advantages of IUI which are enough for couples who are dealing with infertility to pay and hope that a successful IUI session is all that they will need in order to achieve a pregnancy.

The first advantage of IUI is that it is affordable, and many insurance plans can cover a lot of the IUI costs as well. Each cycle on average costs between $500 to $1000, depending on the situation. That still may sound like a lot to you, but if you compare it to the average cost of IVF of $15,000, then you will see why infertility couples will often pray that all they will need help with is IUI.

IUI is Not Invasive

Another huge advantage that factors in these couples praying that IUI is all that they will need to achieve the pregnancy they want is the fact that this procedure is a lot less invasive than IVF.

The woman will have to be poked and prodded daily during the follicular phase in order to have bloodwork and ultrasounds to monitor ovulation. And she will have to inject hCG into her thigh right before ovulation so the embryo has an excellent chance at implanting properly and to lengthen her luteal phase if necessary. Additionally, there will be mild side effects she will have to face while going on Clomid or any other drug if necessary during the follicular phase.

That said, that is definitely favorable to the agony she will be facing while undergoing IVF. She would have to take numerous drugs in order to develop many eggs as possible and then she would have to be sedated to have them retrieved. With IUI, that will not need to happen, and she will only face mild pap-like discomfort from the catheter itself, and that is it.

However, even though you can now see why couples would choose to have IUI working for them instead of having to resort to IVF any day, there are also some disadvantages of IUI that needs to be addressed as well.

The Disadvantages Of IUI

IUI does not work with blocked tubes

IUI only provides a shortcut for the washed sperm to enter the uterus to meet the egg without having to go through the long tract. IUI does not address deeper fertility issues that the woman would have, like having blocked fallopian tubes.

In fact, a good-quality fertility specialist would have to do an HSG to determine if the woman’s tubes are open, or else IUI would be useless. In a case of blocked fallopian tubes, IVF would have to be the only option in order to for her to have her own babies.

IUI does not work without proper ovulation

Additionally, good-quality fertility specialists would be not only monitoring the woman’s cycle to pinpoint ovulation but to put her on Clomid to predict ovulation. If she is not ovulating properly, IUI will also be useless if the intervention has not been done beforehand as far as that goes.

That also means if the timing of the IUI procedure is wrong, then the cycle will be missed. That is why good-quality fertility specialists will not only monitor the woman’s cycle and put her on Clomid to time it, but do the procedure over a period of 2 to 3 days if necessary.

IUI does not work with super low sperm count

Even though IUI is used for low sperm count, the sperm count cannot be so severe to the point that most sperm would end up lost in the wash. The average sperm count is 200 million/ml of semen. IUI can work with sperm that is less than 5 million which is very low.

However, there must be at least 1 million healthy sperm with good motility in order to be worked with after a washing. Sperm that has poor motility will not be suitable for IUI either. That means, if that is the case, unfortunately, the only option to work with that is IVF- ICSI. That is when the eggs are retrieved and the sperm is literally injected into each egg manually. ICSI also increased the cost of IVF by at least $2,000.

The other issue with IUI is that washed sperm does not last for that long, as it only lasts for 6 to 12 hours whereas natural sperm can last up to a week in the female reproductive tract.

And, a good-quality fertility specialist will not only make sure that the woman is monitored carefully while taking mild fertility drugs but will properly assess not only the man’s sperm count but the motility levels. If they are not mobile then IUI cannot even be considered and IVF- ICSI will end up becoming the only option for a couple to have a chance at conceiving their own child.

That means if you and your partner are having fertility issues, and you have been told by your doctor or fertility specialist that you are a candidate for IUI, then you now know fully of what to expect. You will be relieved and praying that the IUI will be your answer since IUI is considerably cheaper than IVF, and much less invasive as well.

However, if the timing is even slightly wrong, it will take you longer to conceive since the washed sperm does not last long at all. Either way, best of luck!