And, whenever young couples who fail to conceive after trying for a year become worried because there is a sign of infertility– but what is the cause, and is there an issue with you or your partner? Most of the time, the woman assumes she has the issue with fertility. Even if she is charting her cycles and she is appearing to be ovulating on a regular basis- though sometimes even then the woman is infertile due to unexplained infertility. 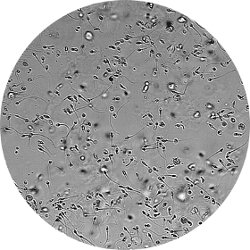 However, if the woman is sticking to a fertility-friendly diet, and is doing everything she can to maximize her chances of conceiving and knows exactly when she is ovulating- but still fails to conceive after trying for a year, then the odds are she is not the one who has the fertility issue. Her partner very well may have a low sperm count or poor sperm quality in general.

What Is A Low Sperm Count?

A low sperm count which is also referred to as oligospermia is when a man has less than 20 million sperm per/ml. That may sound shocking to hear that such a high number of sperm is really not all that high after all. But the fact of the matter is, when you think about it, the sperm has a very long way to travel up to a woman’s reproductive system and so many of them die off during the process.

Therefore, in most cases, if the sperm count is low, there is not any sperm left in order to fertilize the egg. And, in many cases,  oligospermia comes with low motility, as well as poor morphology where the sperm are abnormally shaped.

What Causes A Low Sperm Count?

There are many causes for a low sperm count and they are:

Being exposed to chemicals, radiation, and toxins. If a man works in a nuclear power plant or is exposed to many chemicals on the job, that will have a bad impact on his fertility.

Is It Possible To Conceive With a Low Sperm Count?

The technical answer to this question is, yes you can. Even though millions of sperm die off while traveling up the female reproductive tract, there could be one strong sperm that somehow is able to meet the egg right after it has been released. But the odds are extremely low, and attempting to conceive on your own with a low sperm count can take a very long time.

Therefore, this means that if the low sperm count is reversible such as the man improving his lifestyle and even changing jobs (if possible), then he needs the opportunity to make these changes in order to improve his sperm count.

How Do I Boost Low Sperm Count?

Here are steps that any man can take to maximize his chances of increasing his sperm count:

Men do not have to completely stop drinking alcohol in order to improve their sperm count levels. But they need to reduce how much they drink. Research has indicated men are fine if they stick with having 5 standard drinks or less a week.

That means no more hot baths and hot showers, and no more hot tubs and spas. Heat is very detrimental to the sperm production. That also means to wear boxers and loose fitting pants instead of briefs and tight-fitting jeans which can bring heat to the groin area which can have a negative impact on the sperm count. 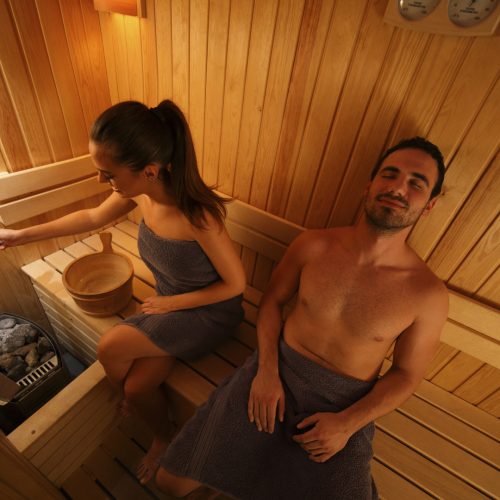 Stick to a diet high in antioxidants

Did know that antioxidants can clean up free radicals, which means new sperm produced will be fresh and no longer damaged? Foods that are high in antioxidants are berries, bright colored fruits, and vegetables, whole grains, nuts, seeds, and dark chocolate.

Eat foods that are fertility-friendly for men

If the man is extremely overweight or underweight, then he needs to make major dietary changes. Weight extremes can throw off hormonal levels. Once he reaches an acceptable BMI, then his hormonal levels will be normal and so will his sperm count.

Stress is part of life, and it cannot be avoided. It is all about how stress is managed more than dealing with stress. He may need to take up yoga or meditation, and start doing things to unwind after a long day other than having a drink. Watching a light comedic show and listening to calming music will help reduce stress levels.

If he is in a field where he is exposed to pollutants such as pesticides, toxic fumes, lead and so on, then he will have to do what he has to do to reduce exposure to these harmful elements and wear protective clothing.

These are the steps that every man who is trying for a baby needs to take in order to maximize his chances of improving his sperm count. However, in some cases where sperm count will always be low due to scarring, genetic or structural factors, or in other cases where damage for the low count cannot be reversed- then fertility intervention will have to be looked into.

If My Sperm Count is Still Low, Now What?

One procedure that has been known to work for couples who are infertile due to irreversible low sperm count is IUI. However, the sperm count has to be over 2 million in order for this procedure to be successful. The way it works is that the woman goes on Clomid whether or not she needs it, to time ovulation.

She will be monitored through bloodwork and ultrasounds. On the day she is ready to ovulate, the man has to bring in a sperm sample to be washed and prepared. 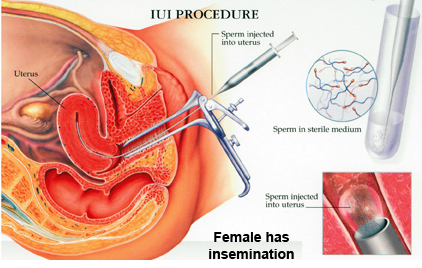 Then the woman has to lie on her back on the table in the room where the procedure will be done. Once the sperm is washed, it will be injected into a catheter which will bypass the female reproductive tract and will go past the cervix and into the uterus.

The cervix is wide open and soft due to the fact this is her fertile time so it won’t be painful. After the sperm is injected, she is to lie down for a half an hour to allow gravity to pull the sperm towards the egg that is about to be released. Then in 2 weeks, she will get tested for pregnancy.

IUI is usually successful within 6 attempts for women that are under 35 years of age.

However, for sperm counts that are less than 2 million and for multiple failed attempts, then fertility specialists will need to move to the next step.

ICSI is an IVF procedure that is done in cases where sperm counts are severely low and/or IUI failed to work. This is when the sperm is injected directly into the egg. That means this procedure is far more invasive and expensive than IUI. 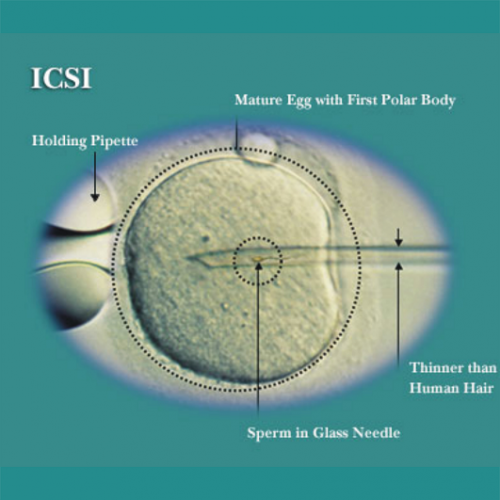 The sperm will be individually injected into each egg and that is how fertilization when it comes to severely low counts can happen. The embryos will be monitored over 3 to 5 days and the healthy ones will be transferred back into the womb through a catheter. The woman will need to go on progesterone and will take a pregnancy test 11 to 14 days after the transfer to see if pregnancy occurred.

Therefore, it most definitely is possible to get pregnant with a low sperm count. However, the way it happens will depend on whether or not the cause for the low sperm count is reversible- unless there is a stroke of good luck and it happens naturally!