Twins. There are so many reasons that some couples have for wanting to have twins. Some couples have twins in their families, and really want to carry on the tradition. Some older couples want twins so that they can achieve their dreams of having multiple children before they are unable to get pregnant anymore.

Some younger couples wish for twins so that they can do all of the “baby raising” stuff at once, saving time, effort and money. Then there are some couples that just want twins for the simple fact that, hey, that’s just what they want. Twins are cool, right? So, when it comes to having twins, is there REALLY a way that women can improve their chances, or is it just the luck of the draw? Claim Your 20 Free Pregnancy Tests – Click Here

So, when it comes to having twins, is there REALLY a way that women can improve their chances, or is it just the luck of the draw?

Luck of the Draw

Before we talk about ways to increase the chances of having twins, let’s go over some of the facts surrounding twins, just so we can understand how likely (or unlikely) having twins actually is. First of all, it is important to understand that naturally conceived twins only occur in about 1 of every 89 births. So, the chances of conceiving twins just by the “luck of the draw” really isn’t that great. Some women will get pregnant with twins, but really, the percentage is not that great.

Naturally conceived twins only occur in about 1 of every 89 births.

It’s also important to understand that the majority of twins that are born are fraternal twins. Fraternal twins occur when the ovaries “glitch” and release two eggs in one month instead of just the usual one egg. Both eggs are fertilized (by two completely different sperm) and basically, two separate pregnancies are formed as a result. Fraternal twins are basically just siblings who are growing in the uterus at the same time and are generally no more alike than if they were siblings born years apart. A true wombmate. This is a fact that most people do not realize. 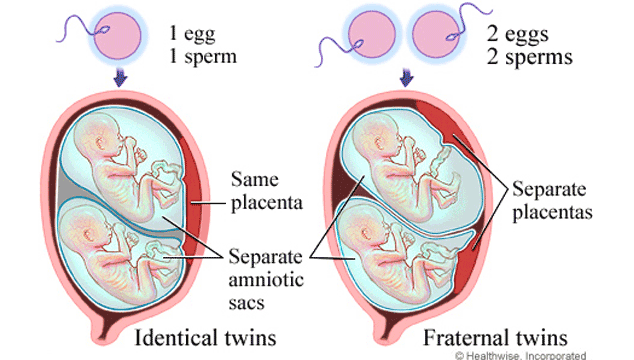 How to Get Pregnant with Twins?

This is the question everyone wants to know. What makes it more likely to have twins? What are things that couples can do to increase their chances of having twins? What are all the secrets to becoming a twin parent? Well, the truth is, there aren’t many secrets, but we will try to explain the basics of what makes it more likely to conceive twins. These are things that many people do not understand, so hopefully, this article will be helpful to those who are trying to conceive twins.

What are all the secrets to becoming a twin parent?

Becoming A Mom Later In Life 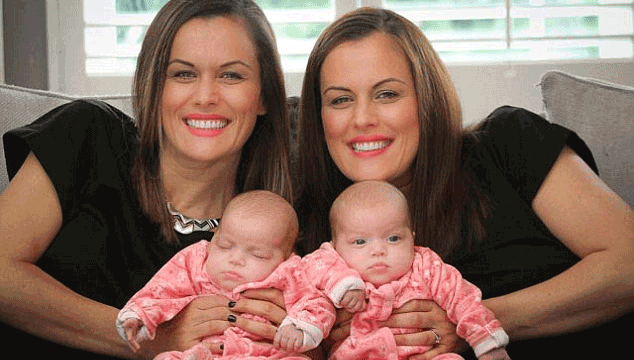 FSH is also known as Follicle Stimulating Hormone, and it is the hormone that signals to the ovaries that it is time to start maturing an egg for ovulation. As a woman gets older, the body begins to produce more FSH. This increased amount of FSH can “overstimulate” the ovaries and “trick” them into releasing two eggs in one month as opposed to only one egg, which can result in twins. This is the reason why it is more likely for women who are older to have twins as opposed to women who are younger.

Many people believe that family history plays a big role in twins, but that is not always true. For example, identical twins do not run in families and can happen to any couple, whether they be older or younger, whether it be their first pregnancy or their fourteenth pregnancy. While it is true that some families seem to have a higher than normal ratio of identical twins, this is not genetic and is one thing that is simply based on luck.

While it is true that some families seem to have a higher than normal ratio of identical twins, this is not genetic and is one thing that is simply based on luck. 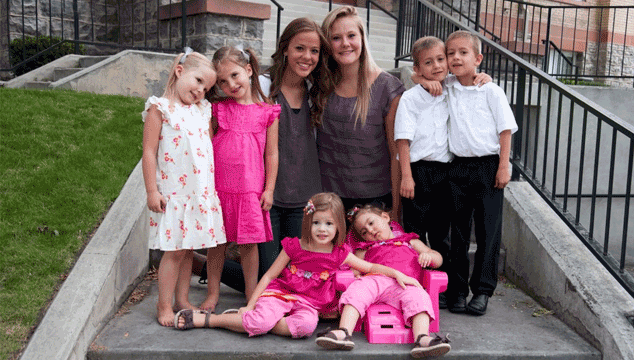 The normal average chance for a woman to have twins naturally is around 1-3%. When a woman takes a fertility drug that stimulates ovulation, such as Clomid, that chance of having twins jumps to around 10%. The reason for this is because taking a drug such as Clomid makes hyper-ovulation more likely. There are actually quite a few different fertility drugs on the market today that can increase the chance of hyper-ovulation in women, and thereby increase the chance of having twins.

When a woman takes a fertility drug that stimulates ovulation, such as Clomid, that chance of having twins jumps to around 10%.

Drugs like Clomid and other ovulation drugs are taken when a woman is having a hard time ovulating. Instead of simply releasing one egg every month, as usual, these drugs can cause a woman to release two eggs instead, resulting in a twin pregnancy. There are even cases where a woman will release multiple eggs in the same month, which is the reason that multiples are more likely as well to a woman who has been taking fertility drugs. It’s pretty clear to see that the use of fertility drugs and drugs that stimulate ovulation increase the chances of having twins. Twins aren’t guaranteed, but your chances are much higher!

How to Increase Your Chances of Having Twins?

Now that we know the natural things that are responsible for upping the chances of having twins, we can focus on the things that a couple can do to increase their chances. As we know now, identical twins are just a random thing that happens when the egg splits in two, and there is no real way we can replicate that. However, fraternal twins occur when a woman’s body releases two eggs in the same month. This basically causes “two pregnancies at once,” or two for the price of one, so maybe there are some things that couples can do to help improve those chances.

This basically causes “two pregnancies at once,” or two for the price of one, so maybe there are some things that couples can do to help improve those chances.

Getting Pregnant After Birth Control

When a woman has been on birth control pills, her cycles are completely lined up and in order. However, when she goes off of the pill, sometimes the body can be a little “out of whack” while the cycles try to acclimate themselves naturally. This can cause a woman to release multiple eggs right after going off of birth control while the body tries to make sense of what is happening. 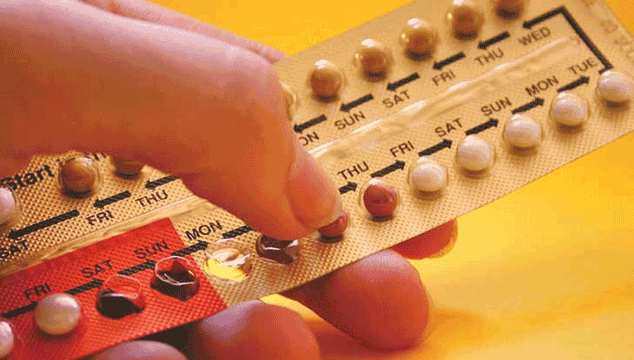 This one might sound a little bit wild, and it actually is. Experts say that studies show that women who eat dairy products were FIVE times more likely to conceive twins than women who do not eat dairy products. Women who were vegan and vegetarian were highly unlikely to have twins, according to this study. However, the real reason behind the results is a little bit of a shocker.

The real reason behind the results is a little bit of a shocker.

Researchers believe that it was not the dairy products themselves that increased the chances of twins. They say that it was the hormones that the cows were treated with that caused women to hyper-ovulate and therefore increase the chances of having twins. This discovery is both a little cool and a little scary, so women should be mindful of their dairy intake if they are wishing to have twins.

For women who already have a little one at home, trying to conceive while they are still breastfeeding could potentially be the key to getting pregnant with twins. No one is really sure of why there is a correlation, but studies have shown that women who get pregnant while they are still breastfeeding their babies were up to nine times more likely to have twins, as opposed to women who were not breastfeeding when they got pregnant. This is an unknown reason why this correlation exists, but there is no denying that it is real. 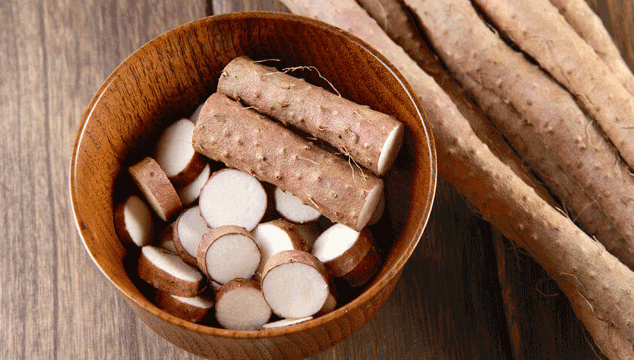 Yes, you did read that correctly! We know, we know, it sounds completely out of this world crazy, but just hear us out. One tiny Nigerian town claims to have the highest rates of twin births in the entire world. Women there in this town are four times more likely to give birth to twins than women in the rest of the world.

We know, we know, it sounds completely out of this world crazy, but just hear us out.

Upon investigation, researchers found that women in this town eat a highly unusual amount of cassava root or wild yams. The researchers believe that there is an ingredient in the yams that can cause hyper stimulation in some women, which can increase the likelihood of having twins. Sounds weird, but it’s actually true!

Talk To Your Doctor

Women who are concerned about their chances of having twins should talk with their doctor. Doctors can help women understand what their chances are of having twins are. By taking into consideration a woman’s maternal age, family history, diet, health issues, any fertility drugs or other medications (including birth control), doctors can help women understand if they need to be concerned about having twins, or if twins are even something that should be on their radar. A woman’s doctor should be her most trusted adviser and the first line of defense when it comes to getting pregnant.

Twins are a blessing, but so are all babies. If your focus is on having twins just because you want to have twins, give yourself a break and focus your attention more on having a healthy, happy pregnancy rather than focusing on having twins. The main priority should be a healthy mom and a healthy baby, and the rest is just not so important.

However, it is understandable that some women are going to want to have twins, for one reason or another. If you are wanting twins, do whatever you can to increase your chances, talk with your doctor, and best wishes for all your baby dreams to come true!