You probably wonder what Mirena is, and why it is so great like these women claim. Mirena has been around since the early 1990’s, and it is a small T-shaped hormonal intrauterine device (IUD) that reduces menstruation, or completely stops it from happening.

Some hormonal IUDs provide estrogen, but not Mirena. It releases levonorgestrel that prevents ovulation from happening by preventing the growth of the follicle.

As long as it is placed in the womb properly, it also cannot be felt. Some women who have extremely heavy periods also take Mirena to reduce the flow.

The Advantages Of Using Mirena for Birth Control

Firstly, it is reversible, and therefore it is possible to conceive once the device is removed by a doctor which we will get to later. Never attempt to remove it yourself though.

There are reasons that women who are on Mirena claim it is the ideal birth control method.

Mirena also has no effect on sex, and it is 99% effective (because nothing is 100% effective in regards to birth control), and works up to 5 years.

There is also no evidence that Mirena is linked to increased risks of cancer.

Also because it is a hormonal IUD, it does not cause weight gain and reduces the risk of ectopic pregnancy but it doesn’t prevent it if pregnancy were to happen which will be discussed later.

As discussed previously, Mirena reduces menstrual discomfort such as bleeding, cramps, and pain. With Mirena, lack of menstruation is not considered to be unhealthy.

However, at some point, most women who want to conceive that have been taking Mirena wonder how easily it can be achieved.

Trying to Conceive After Mirena

The good news is that achieving a pregnancy is not difficult after removing the IUD. Once it is removed, fertility goes back to normal.

When you decide you want to start a family while on Mirena, you need to contact your gynecologist or doctor to have it removed, and talk about your desire to start trying to conceive.

The IUD is removed from the uterus by the doctor inserting a speculum and pulling out the threads. There may be some discomfort during the procedure, but most women can tolerate it. Mirena can also be removed at any time of the cycle so there is no need to wait to have it done for that reason.

After Mirena is removed, your body will need time to readjust to the new hormone levels. Therefore, some “pregnancy symptoms” can be experienced during that time.

Some women will experience the following after Mirena is removed:

Mood swings
Once the IUD is out, your fertility will likely return to normal after your next cycle

However, in some cases it may take 6 months to 1 year for the cycles to really get back to normal. In extremely rare cases, some women claimed that they were unable to get pregnant over a year after the removal of Mirena.

Tips for getting pregnant after Mirena

However, aside from that, when you see your doctor about removing the IUD, your doctor will tell you that you need to start taking prenatal vitamins and folic acid to help prepare your body to develop a healthy baby, regardless of how long it takes for pregnancy to happen. 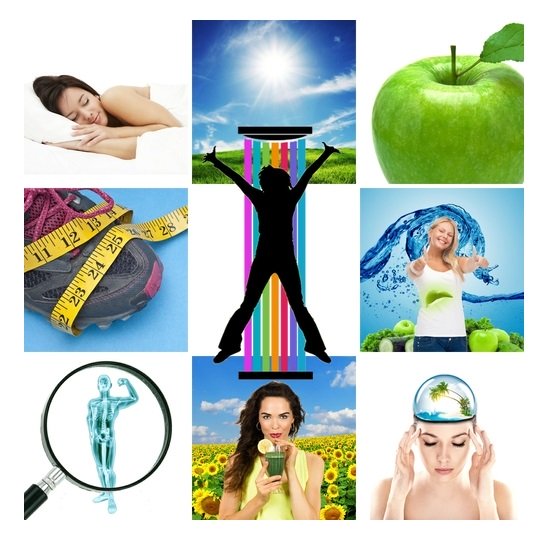 You also want to make sure that you are in optimal health in order to sustain a pregnancy, even if you do end up conceiving quickly.

If you are drinking more than 1 cup of coffee a day, your doctor will likely advise you to cut it down to 1 cup as too much caffeine consumption can impede your fertility. If not, it can increase the chances of miscarriages or low birth weight.

If you are drinking, smoking and/or doing drugs, you will need to stop doing any of that right away in order to get pregnant as that lifestyle will not provide a healthy environment for a developing fetus.

If you are unsure of the kinds of foods to eat, then you will be referred to a dietician or nutritionist. Your doctor will likely give you the name of a reputable one who can advise you on what foods to focus on and what foods to limit.

If you have weight to lose or to gain before you get pregnant because of being either too overweight or too underweight to ovulate properly, your doctor will recommend that you go to your optimal pre-pregnancy weight.

There is also no evidence that removing Mirena leads to miscarriage, or hurts your cycles in anyway, or prevents pregnancy all together after the fact, unlike its cousin Depo Provera has been known to do.

Even though doctors recommend that you wait to start trying to conceive after the first cycle is over after the Mirena is removed due to waiting for the hormones to return to normal, getting pregnant before the cycle is over is not going to do any harm either. The only issue is that the exact due date will be difficult to determine if pregnancy happened soon after the removal of the IUD and before that cycle was complete.

Because it is unknown when fertility will return to normal after removing Mirena, women who had the removal need to start charting their cycles.

Basal Body Temperature
The first thing they need to do is after their first cycle is complete after having the IUD removed is to get themselves a basal body thermometer and start taking their basal body temperatures each morning before getting out of bed. 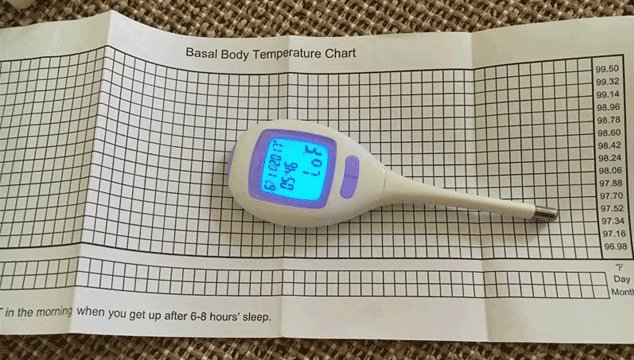 If no rise in temperature is detected during the upcoming months, that means your fertility hasn’t completely returned because of the lack of ovulation. However, if there is a month when you do see a spike (less than 1 degree Fahrenheit) in the middle of the cycle, then ovulation has returned.

It is usually too late to have intercourse after the spike is detected since the egg doesn’t last for more than 12-24 hours, but you can try. If not, if you have an idea of the following month when you are ovulating, then you can start trying then.

Cervical Mucus
Other ways to chart than only relying on the basal body thermometer is to monitor your cervical mucus texture. This will be an indicator of how soon ovulation is as well.

Right after your period, the mucus is dry and scant, but it becomes more abundant as the cycle progresses as it appears to be creamy after a few days into the cycle.

Closer to ovulation, it appears thick and stretchy, and has a similar consistency to egg whites. If that is happening and you are at least 10 days into your cycle (or sooner if your periods are short such as if they are 21 days long), then ovulation is on its way. That is the time to start getting busy. If you are not confident enough to rely on these two methods to predict ovulation after going off of Mirena, then you can also use ovulation predictor kits.

Ovulation Predictor Kits
Ovulation predictor kits are more costly than a body basal thermometer, but they are not expensive enough to break the bank. These are useful to let you know when you are ready to ovulate by measuring the luteinizing hormone (LH) in urine, as a rise in LH is the key indicator that ovulation is on the way.

“If the LH surge is present, and you have egg-white cervical mucus, then that is a definite sign that ovulation is about to happen. That is the time to start having intercourse.”

Therefore, once the Mirena is removed, your fertility will return to normal at some point. But, there is no way to predict when your cycles will return to normal after removal. That is why charting your cycles and determining when ovulation is happening is absolutely necessary. However it is necessary when you are trying to conceive even if you didn’t have the IUD in place! 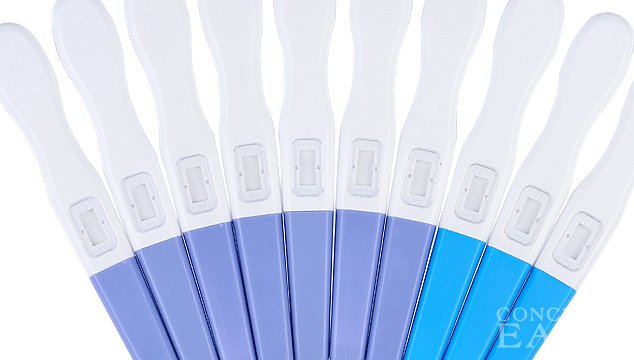 Though if you did end up conceiving while on Mirena which is rare, then complications will arise, and there have been some risks associated with Mirena as well that can make it ineffective as birth control.

The Risks of Using Mirena

If Mirena is the choice of birth control, women need to realize that there is a slight chance of Mirena slipping partially out of the uterus. This is called expulsion, and when this occurs, the device is no longer effective. Therefore, pregnancy can happen.

One way that getting pregnant while using Mirena is dangerous is that as the fetus grows, it will move the position of the IUD which could lead to a miscarriage. However, that is rare and if a pregnancy has resulted while using Mirena, they are ectopic which is also life-threatening.

It is also important for breastfeeding mothers to be aware that Mirena is not recommended as a form of birth control. That is because small amounts of progestin can be present in milk, and that will lead to detectable steroid levels in the serum of infants. 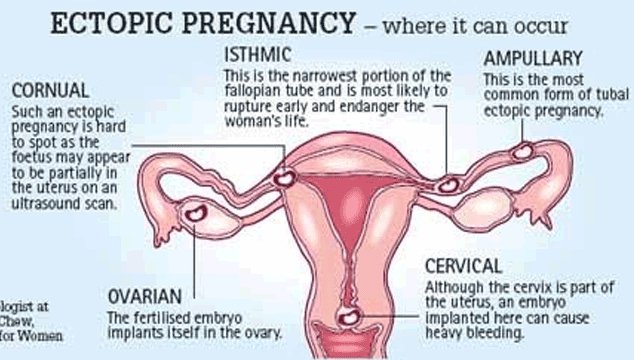 Even ectopic pregnancies can result after a tubal ligation, however as close to a guarantee that you can get when it comes to birth control- a tubal ligation is the only way that will keep you protected for good. Therefore, this is why doctors are hesitant to perform tubal ligations on younger women.

However, Mirena and other IUDs are quite effective, and usually are safe. And if you want to conceive later on, then Mirena allows you do that with the exception of rare cases when pregnancy happens while having the IUD, which can cause permanent damage as discussed previously.

Therefore, the use of Mirena allows you to have the chance to leave your family planning options open without worries. The effects of Mirena last for around five years, however, if you want to start a family or have another child if you have any existing, your physician can easily remove it. Getting pregnant after Mirena is easier than you think. With Mirena, you do not need to worry about taking a pill every day, and that is why a lot of women like to use it for their birth control purposes.

If the five years are up while you have Mirena and you are still unsure whether you want more or any kids, you can always have your doctor insert another Mirena. In that case, you can have your current Mirena removed while the new one is fitted simultaneously. As long as it is positioned correctly during insertion, there is nothing for you to worry about at all. Again, Mirena provides no barriers to getting pregnant at a later stage as it can be taken out at anytime. It is safe for women of all ages, with or without children. It poses no threat to getting pregnant in the future, and your natural fertility will return after the removal of the IUD.