Depo-Provera (or Depo shot) is a form of birth control that is highly effective, and in order to be able to use it you need to get a prescription. It is given by injection, and is repeated every 12 weeks and the reason the Depo shot is so effective is because it releases the hormone progestin which will prevent a pregnancy from happening. Claim Your 20 Free Pregnancy Tests – Click Here

The effect progestin has is by hindering ovulation, and creates extremely thick cervical mucus which prevents sperm from going into the uterus. It also thins the lining of the uterus which makes implantation impossible if by some remote chance that pregnancy did happen while on the Depo shot. That is the reason that bleeding and spotting can become very irregular and range from being very light to heavy while on the Depo shot.

It’s great when you’re trying not to get pregnant…

Even though the Depo shot is a very effective form of birth control, it has been noted that 3 out of 100 women who used Depo did become pregnant, and those reasons were likely due to the fact that they may have already been pregnant before starting the shot, or that the administration of a shot was faulty. But it is over 99% effective, and its effects are long term.

How Does Depo Work?

The way the Depo shot starts to work is the first injection is given within 5 days of the start of the period, and is effective within 24 hours from there on. If you end up getting the shot after the 5 day window, then you will have to use condoms for birth control for the first 7 days after the shot because it will not be effective. That may be when those reported pregnancies may have occurred, if women who received the shot late failed to have protected sex for the rest of that week. 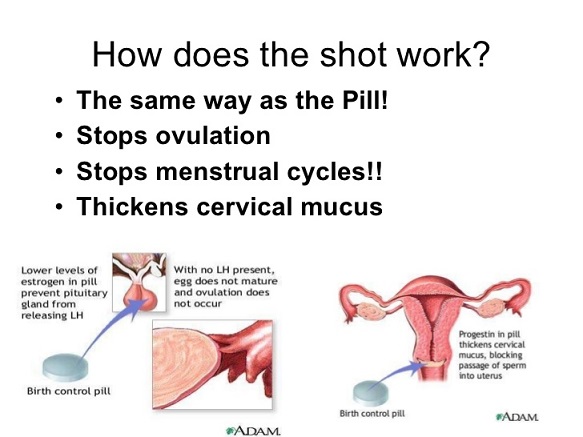 The injection is given every 12 weeks, and it is important to be on time and not to wait longer than 13 weeks.

The reason that many women choose the Depo shot over other birth control methods is because it is more effective than the pill which can easily be forgotten to be taken or cancelled out by the use of antibiotics as many pregnancies have occurred that way to women who were on the pill. It is better than the IUD, as the IUD can always become dislodged or expelled which will not be helpful at all as far as birth control. It is also the preferred way of birth control over a tubal ligation which involves surgery.

It is also safe if breastfeeding especially if it has been well established, and the risk of decreased milk supply is less than being on the pill.

However, there are some disadvantages of using the Depo shot that women must be aware of. Firstly, in order for the shot to properly work is if the shot is given every 12 (at the latest 13) weeks, and that appointment cannot be missed to receive the shot in order for its effects to be effective.

As mentioned before, irregular bleeding is going to happen with the shot, as well as symptoms such as headaches, mood changes, weight gain and breast tenderness, or plenty of PMS symptoms that last for a long time.

Not to mention there may be risks such as decreased bone density in young women and they will need to be monitored for that. Especially if they are taking the shot for a long time. It may also not be the best idea for women to use if they have a history of depression or other mental health disorders.

The other disadvantage of the Depo shot is the fact that once it is stopped due to the decision of wanting to conceive again, fertility is not immediately reversible as it may take 6-18 months for cycles to return.

Fertility is not immediately reversible as it may take 6-18 months for cycles to return.

Unfortunately, it can take a long time for the effects of the Depo shot to leave the system, and the average time it takes is 1 year exactly. And there is really nothing you can do to make it go out of your system faster than it can – especially if you have been on the shot for a very long time. Your fertility is meant to return naturally, and that will take time and patience.

The time it takes for your cycles to return will vary from woman to woman.

However, there are steps to take in the meantime to prepare yourself for a pregnancy. Even though again your fertility will return when it is meant to return, you can take some steps to help encourage your body to be pregnancy ready when that time does happen so you can conceive quickly at the right time.

Talk to your Doctor

The first thing to do whenever you are thinking about conceiving is to make an appointment with your doctor to discuss what needs to be done. It doesn’t matter whether you stopped taking the Depo shot or for any other reason. You always need to consult with your doctor if you are ready to conceive. Your doctor will end up doing blood work to check your hormonal levels as well after the last Depo shot. Your blood sugar levels, as well as blood pressure, and weight will be checked.

Whatever advice your doctor gives you, you absolutely must follow. For instance if changes in your weight have to be made because you are either over or underweight, your doctor will tell you that the best weight that is ideal for conception is having a BMI from 20-25, or up to a BMI of 30 as long as you are mindful with weight gain during the pregnancy.

What Not to Do

Whether you are getting pregnant after being on the Depo shot for so long or looking to conceive for other reasons- you are likely going to have to make some drastic lifestyle changes in order to conceive. 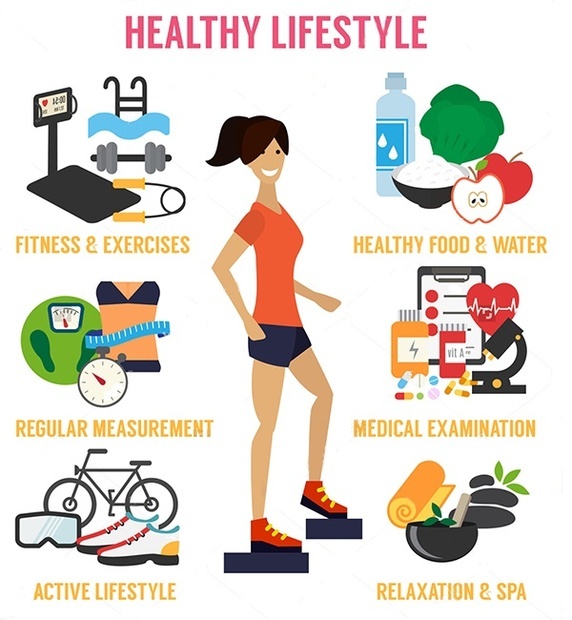 If you have been drinking, smoking or doing any recreational drugs, you must kick the habit all together. If you are drinking more than 1 cup of coffee a day, then you need to cut down your coffee intake to 1 cup only as the amount of caffeine in 1 cup is not too high to the point that it can affect your fertility- excessive caffeine does negatively impact your fertility.

You are going to want to incorporate exercise into your routine such as taking half hour walks 5 days a week, as well as doing a little bit of weight lifting and aerobics. Living a sedentary lifestyle is not healthy and is a fertility hindrance. At the same token, being overly active can hurt your chances of conceiving as well as that can be stressful on the body. Being moderately active is important to your overall health.

You will also want to make sure that you are taking folic acid as not only does it help your fertility but it also is essential for the development of your baby after conception happens.

You will likely have to make dietary changes whether or not you are advised to gain or lose weight. If you are eating foods with simple carbs and trans fats such as candies, white breads, white pastas, potato chips, pastries and fast food- it is best to cut it out or put an extreme limit to all of that junk food.

Not to mention, a diet of junk food will only lead to insulin resistance which will hinder fertility as well due to the simple carbohydrates and sugars. 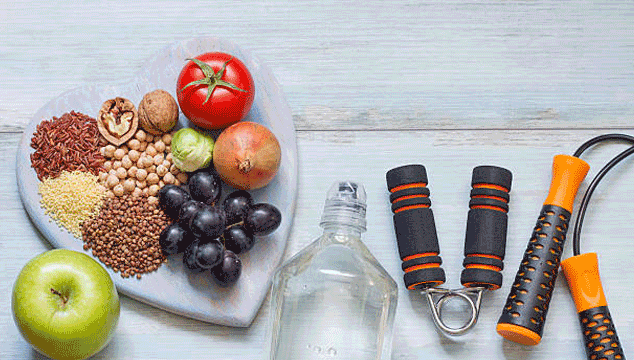 Complex carbs, unsaturated fats and protein can create a pregnancy-ready body for you when you start focusing on those foods. Foods that fall into those categories are fruits, veggies, nuts, seeds, legumes, tofu, poultry, fish and some beef (but don’t overdo it on the red meat as that can increase cholesterol levels which can have a negative impact on fertility).

You will also want to focus on consuming dairy fats as that is excellent for fertility enhancement. Examples of food that contains a lot of dairy fat is whole milk, plain yogurt, regular whipped cream, cream cheese, sour cream and ice cream. However be mindful of the sugar content when eating ice cream- but there is nothing wrong with treating yourself to an ice cream dessert on the weekends only. A little bit of sugar once in a while is not going to have an effect- it is only if your diet is mostly consisted of simple carbohydrates.

By the way, do not consume skim milk or reduced fat dairy products as that actually can be a fertility hindrance.

Another crucial thing to do in order to increase your chances of conceiving after being on the Depo shot is charting your ovulation. There are different ways to chart.

Tracking Basal Body Thermometer
Firstly, the most important way to start is by taking your body basal temperature by using a body basal thermometer. You can purchase those kinds of thermometers at drugstores like Walgreens or CVS.

In order to take your temperature effectively is by doing so right after waking up before moving at all. Keep the thermometer by your nightstand so you have it accessible upon waking up. You will want to see if your temperature rises which won’t be more than 1 degree Fahrenheit, and when the rise does occur- then that is a sign that you have ovulated. It is important to chart for several months to see when and if ovulation is happening. 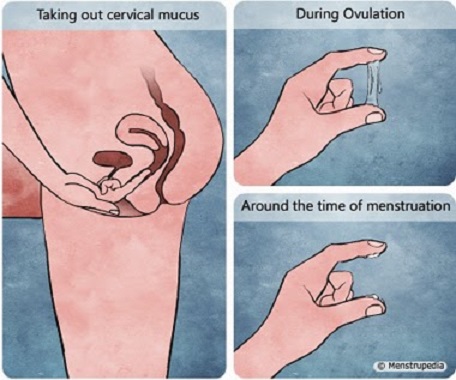 “Charting ovulation is the key thing when trying to get pregnant after Depo.”

Checking Cervical Mucus
You will also want to make a habit of checking cervical mucus, and start that after your period is over. Right after your period, you won’t produce much mucus and it will be thin and dry. As time goes on it will thicken and have a creamy consistency, but when it starts having a thicker and egg-white consistency, not to mention the amount is increased is an indicator that you are fertile.

When you check your cervical mucus texture in conjunction with taking your body basal temperatures, you will have a much clearer idea of when you are ovulating.

Using an Ovulation Predictor Kit (OPK)
You can also use ovulation predictor kits which are a little more costly than using the thermometer only, but the great thing about these kits are that it shows when you will be ovulating.

But if you take advantage of the TTC Kit offer, you can get 20 free ovulation tests!

So taking the temperature only will only show when you have already ovulated which will not be helpful since the egg is only good for 12-24 hours. Fertilization will not happen for the rest of the cycle after that. The ovulation predictor kits measure the amount of luteinizing hormone or LH that is present in urine, which is an indicator of when ovulation will happen at that moment.

Investing in the ovulation predictor kit is only recommended once you have a clearer idea of when you normally ovulate in your cycles because there are only so many sticks to use that you will be able to measure the LH in urine per cycle. Otherwise, if your cycles are not still quite regular, you will have to spend a lot more money on kits. It is best to take your temperature and examine your cervical mucus in order to know when you likely do ovulate before investing in these kits.