As soon as you make the decision to expand your family or to become a first-time mom, you may look into alternative ways to increase your chances of conceiving. I am not talking about eating fertility-boosting foods or even taking fertility-enhancing herbal supplements. I am talking about looking into alternative ways to conceive that have to do with crystals, astrology, and the moon phases to learn your lunar fertility.  Claim Your 20 Free Pregnancy Tests – Click Here

In fact, some people strongly believe that the phases of the moon have a strong link between fertility and delivery. There have been some studies that have found that the moon will have an impact on women, especially during a full moon. But there are a lot more lunar myths than facts that affect fertility and even labor. Let’s look at which have been proven to be true, and which are just myths since nothing could be proven scientifically.

There have been studies conducted that had shown that the moon does have some effect on women, and their cycles even. But it does not apply to every woman. It may have to do with those who are a lot more sensitive to lunar influences. That said, that is why when there is a full moon, people, in general, are more active and less sleepy, but that affects women a lot more than men.

And, this is why women, in particular, complain about not sleeping well or having insomnia whenever there is a full moon. And because the full moon causes people to be more energetic, especially women, their libido increases and that is when they are mostly in the mood to have intercourse.

And, it has been even found that there is a possible link between as the moon waxes, women’s estrogen levels increase and end up hitting their peak once there is a full moon. This can also be a reason why it is believed that women are the most fertile during the full moon or even if it’s waxing. Now, this may be true for some women who again are really sensitive to the lunar changes. However, not every woman who does not face fertility issues are that sensitive to the lunar effect, and will not necessarily be fertile during any particular moon phase.

This is the only lunar fact that has been found to affect women and their fertility. Now, let’s look at some lunar fertility and even labor myths.

There has been speculation that if a woman conceived a child based on her age, that she will only be meant to have the sex of the child that was found on the lunar calendar. That is because it has been believed that if intercourse took place during a full moon during any particular month, and the woman was fertile at the time, then it was highly likely that it turned out to be a girl. If the woman was fertile during a new moon, it was believed that she would have conceived a boy if intercourse took place and conception did happen. Lunar fertility could make a big difference.

This coincidentally was true for me as I had just for fun looking at the lunar calendar just after I had found out I was pregnant, and it did turn out to be correct. However, I was curious if this applied to others as well, and sure enough it did not. Now, if there was a strong link between the sex of the baby conceived and the age, and the month that the conception took place, then I would be a true believer in this. Besides, how do you explain those who conceive boy/girl twins naturally as well? And I also practice astrology and know that there is so much truth to that, so that says a lot.

And, when it comes to the lunar effect and labor, there has also been no link found between both. However, many midwives still believe that the phase of the moon has a strong impact on the type of labor the woman will have. It is believed that the following would happen when it comes to labor and the phases on the moon:

A New Moon – Many midwives believe that if a woman goes into labor during the new moon, then it will be a fast and easy labor. I can tell you right now that this is false because the labor with my son was drawn out and long, and there were some birth complications too. This happened during a new moon. Then again, the labor with my daughter was quick and easy and she was born under a last crescent moon which could count as being closed to a new moon. However, again I am not a believer that this is true.

A First Quarter Moon – It is believed if a woman goes into labor during the first quarter moon, it will not be as easy of a labor as it supposedly would be during the new moon. However, the dilation will be gradual, and even though it will be slower, and more painful it will keep going and it will stay progressive.

Full Moon – Those who supposedly go into labor when there is a full moon is believed to have a long and difficult labor. However, I am not convinced that there is any truth to this as well.

Last Quarter Moon – This is the worst moon phase to have when you go into labor because it is believed that the labor will be very long and tiring. And I was born under a last quarter moon, and my mother had to be induced to deliver me and she had told me it was a long and grueling experience. 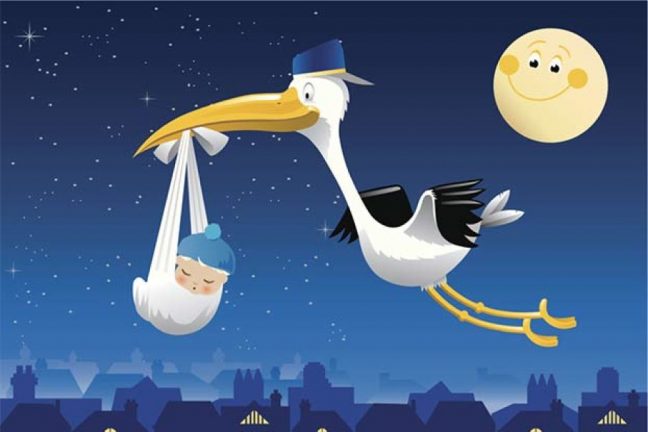 However, my brother was also born close to the last quarter moon, and she had a very quick and easy labor with him. In fact, I remember she said that one day when she was in the late part of the last trimester, she felt that she was coming down with a flu and became fatigued.

She went to the hospital to make sure that she was not getting sick since she was worried it could be passed onto the baby. However, to her shock, she was told that she was 6 cm dilated, and they admitted her. Just a few hours after that, my brother was born. So again, there is no proof that the moon phases affect labor and even fertility.

However, if you believe in astrology or practice it, there may be other factors that involve the moon that can increase your chances energetically to conceive.

I have seen it for myself that planetary energy and even lunar energy can have an impact on your lunar fertility window as well. This includes the moon making easy aspects to feminine planets like Venus and Neptune as well as expansive planets like Jupiter.

It can even work if the moon makes an aspect to the energetic planet Mars, and in some cases, if the moon makes an easy aspect to a restrictive planet like Saturn, that can have a positive effect on fertility. Especially if you have been working on disciplining yourself to become more healthy in order to conceive.

However, if you strongly believe that the moon and other energetic factors have an effect on lunar fertility, then you will want to know how to use the moon’s cycle in conjunction with other energetic factors such as using fertility boosting crystals, and fertility-boosting feng shui ideas. Besides, even if none of this really has an effect, as long as you don’t have fertility issues and you are taking care of yourself, these beliefs may have a placebo effect and you could end up getting pregnant as a result of that.

That said, let’s take a look at some fertility boosting crystals that may end up working in your favor if you want to use the lunar cycle for charting your fertility.

These crystals are worth carrying around with you if you believe that crystals, in general, can heal or help. Additionally, if you believe in these type of energies then you will want to know about some of the fertility feng shui tips as well.

Let’s take a look at how feng shui could have a positive impact on lunar fertility. 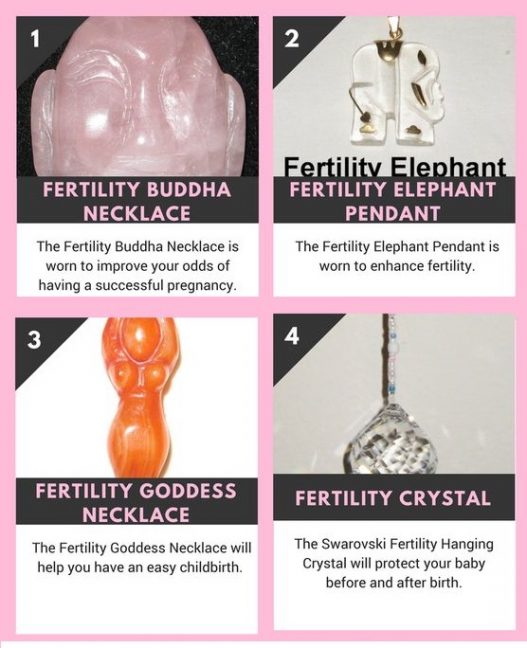 So, if you are a strong believer in the alternative energetic ways to increase your fertility, and if you want to follow the moon’s phases to see if it has an effect on your ability to conceive- give these a try.

Just remember, none of this has been scientifically proven other than the moon’s influence on energy, estrogen levels, and libido. While you follow these tips, you must also stick to the fertility-diet, take vitamins, folic acid, or even fertility-boosting herbs. Be sure to chart your cycle properly as well by checking cervical mucus consistency, and taking your body basal temperature.

Because charting your cycles the real way are the only proven tips to help maximize your chances of getting pregnant. However, if you are a believer in other forms of energy having an influence on fertility- then, by all means, follow the moon’s phases, as well as the other planetary transits, wear your fertility-boosting crystals and practice fertility-boosting feng shui ideas- and best of luck!