Different cultures have their superstitions and beliefs about everything you can possibly think of. For instance, in the Chinese culture, the number 4 is considered to be bad luck, and the number 8 is considered to be good luck. You will not find a 4th floor of a building in China or any other area in the world that has a heavy Chinese community. Claim Your 20 Free Pregnancy Tests – Click Here

And at the same time, you will find that people who live in a house which is numbered 8 or has 8 as the last number such as in 38 or 268- and are wanting to sell their homes, Chinese buyers will be flocking to that home due to the address.

Bulgaria- Pregnancy Announcements Are Not Allowed

However, in Bulgaria, the superstition of not making any kind of pregnancy announcement is so strong that they prefer to only make the announcement when the baby is born. However, that can be difficult to do especially since most pregnant moms start showing when they are 4 or 5 months along- or even sooner, especially if it’s a twin pregnancy.

It is possible that some Bulgarian expectant couples do tell others that they are growing their families at some point- especially once the baby bumps cannot be hidden anymore. But, they would delay announcing the pregnancy as long as they possibly can.

Whenever you think of Hawaii, you probably think of a culture that is quite laid back. And, in many cases, they are. However, there is a rule there that pregnant moms cannot wear those flowery leis. That is because if the mom-to-be wears one, that could increase the chance of the baby not being born safely. They believe that this will increase the risk of the cord getting stuck around the baby’s neck. 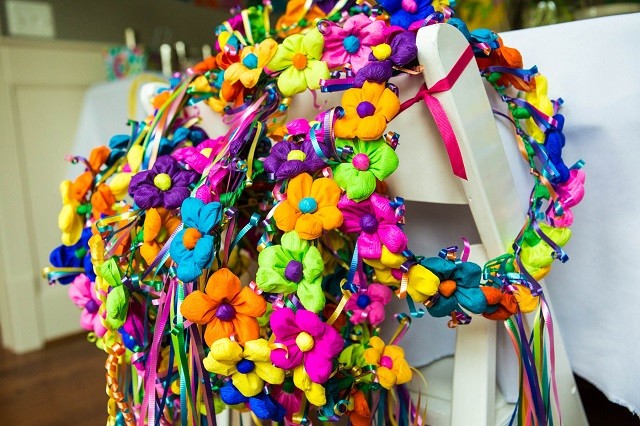 That means once a woman in Hawaii finds out that she is pregnant, she will put her lei away until the baby is born, safe and sound. That goes for any kind of necklace that looks like a lei as well by the way.

Thailand- Blessed Lotus Buds Are A Must For Labor

In Thailand, pregnant women at some point during the late stages their pregnancies will want to get their hands on lotus buds, and have them taken to a Monk to bless them. That is because the blessed lotus buds are meant to help make labor a smooth experience for both mom and the baby. If they don’t have their blessed lotus buds, then these moms-to-be will be very worried that the labor will not go smoothly and complications will happen.

China- Belly Rubbing Is Not Allowed

The one culture that is highly superstitious in general is the Chinese culture, and it is no surprise that there would be pregnancy rules of their own created as well. One common Chinese pregnancy superstition is that the mom-to-be or anyone else cannot rub her belly.

The reason for that is, it is a sign of the child being overindulged which means the baby will cry uncontrollably, be misbehaving during toddlerhood, and become an unruly child. That means as tempting as it is for moms-to-be to rub their bellies, and as tempting as it is for others rub their bellies as well- that is forbidden in China, and in other areas of the world where there are large Chinese communities.

China- Keep Knives Under The Bed

Here is another Chinese superstition that is taken very seriously. Chinese moms-to-be are always sure to keep knives underneath their beds in order to keep bad spirits away. This way, if the knives are present, that will ward off bad spirits away from the mom-to-be and the baby. That is why in the Chinese culture, pregnant women are given knives for this purpose.

Judaism- Stay Away From Cemeteries

Who wants to go to a cemetery? Well, some actually do. Even though strolls in cemeteries can be a peaceful experience, in Judaism, pregnant moms are forbidden to take walks in cemeteries. It is somewhat acceptable to go a funeral if you are pregnant, but once the service is over, if you are pregnant, you need to get back into your car and go elsewhere instead of the cemetery where the burial is about to take place. 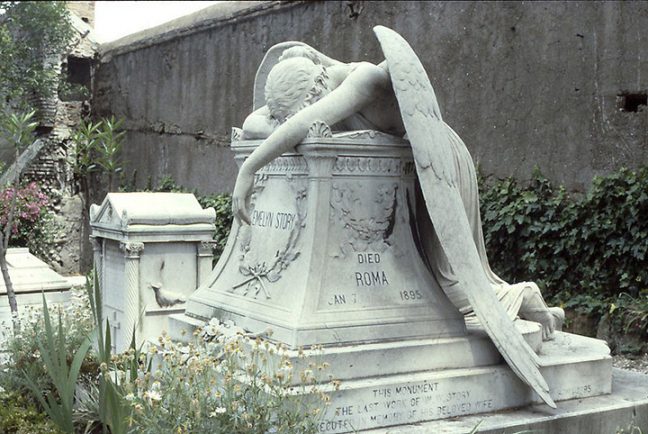 In the Jewish culture, it is believed that souls that hang around cemeteries can be dangerous and harmful to the unborn baby. That is why going to a cemetery is off-limits in Judaism at all costs.

The Native American culture is another one that is filled with superstitions and other unique beliefs. That means Native American expecting moms must keep their hair growing during the entire pregnancy- even if they are tempted to cut the hair.

That is because if these moms cut their hair, then they are guaranteed to have a bald baby, and the baby will not have any hair for a while. Even though the worst possible thing that could happen is NOT the baby being born completely bald- this superstition is strong in this culture. They want their babies to have some hair when they are born- or be reassured that their babies will grow hair at some point during their infancy.

The Middle East- Rabbits Are Off Limits

In the Arabic culture, there are plenty of superstitions and beliefs of their own. One of those superstitions is that expectant moms cannot be anywhere near rabbits. And, they cannot even look at them either. That is because the belief is if a pregnant mom sees a rabbit or is near a rabbit, then her baby will end up with bucked teeth. Avoiding rabbits is the only way to make sure that does not end up happening. 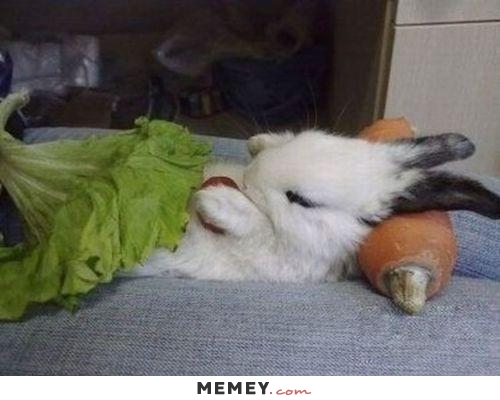 The Hmong Culture- Moms Must Stay Away From Oceans

The Hmong culture of Asia are also another community that has their own superstitions, and one common one that they have is that pregnant moms must stay away from large bodies of water or the ocean. That is because oceans and lakes have bad spirits around them. And, if the mom-to-be goes near any of it, especially near the ocean with the waves of water heading towards her- then bad spirits could cause bad luck to her and her unborn baby.

Malaysia- Be Careful Around Animals

This Malaysian superstition does not mean that the mom-to-be must keep away from animals. However, these expecting moms must be careful not to injure or even kill the animal because her unborn baby will end up with the animal’s feature if that were to happen.

Therefore, these Malaysian moms to be probably stay away from animals. If they have pets, then they probably have others in the family care for the pets until after the baby is born just in case an accident were to happen. 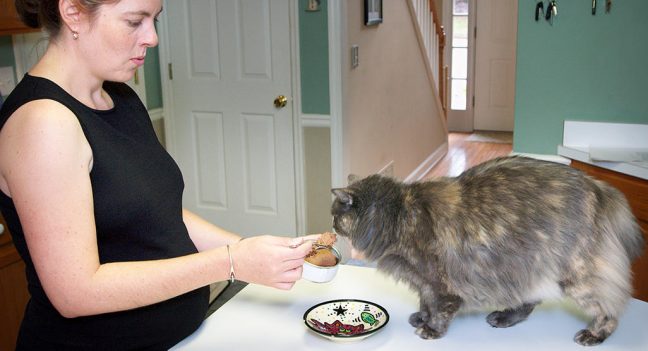 The last thing that these moms would want to see happen is if they accidentally leave some grapes, chocolate or onions out, and their dogs ends up eating them. Just in case you did not know, grapes, chocolate and onions are toxic to dogs!

Uganda- Stay Away From Eclipses

If there is an eclipse being predicted, the one thing that moms-to-be in Uganda do is make sure they avoid being present while the eclipse is happening. They probably hide during the time in a basement or somewhere that they will not see the eclipse.

That is because in the Ugandan culture, if a pregnant mom looks at an eclipse happening, then her unborn baby could end up with some serious birth defects. They take this superstition very seriously in Uganda, and this means these moms-to-be will be making plans as far as what to do for the day that the eclipse is happening so they can avoid being around it in anyway possible.

Mexico- Keep A Key Around At All Times

In Mexico, if you see pregnant moms have keys attached to their necklaces or bracelets, then there is a good reason for that. Mexican pregnant moms make sure that they have a key with them at all times because the key is there to protect both mom and the unborn baby. So as soon as a woman in Mexico finds out that she is pregnant, the first thing she will do is get herself a key to wear at all times during the pregnancy. 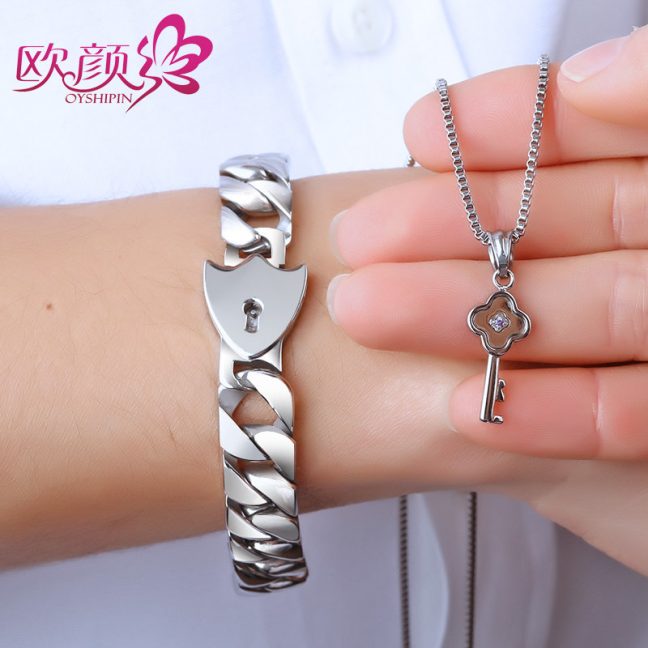 Many expecting moms in North America, Europe and Australia have been afraid to be around cats because of the risk of them transmitting toxoplasmosis to their unborn babies. That bacteria can be quite deadly but cats themselves will not cause that to happen.

Only changing the litter box can increase the chances since the bacteria is only passed through the cats’ stools. And even then the risk of that occurring is not that high. But if someone else in the family can be on the litter box cleaning duties, then that job will be delegated.

However, in Costa Rica, pregnant moms avoid being around cats like the plague and it goes beyond worrying about the risk of toxoplasmosis being transmitted.  Cats are considered to be highly toxic to pregnant women, and that includes small and young kittens. If there is a chance that a woman in Costa Rica could become a mom at some point, she will not get a cat until she knows she is done with having kids.

No one can deny that rainbows are gorgeous and are a reason for anyone to take a picture after a rainstorm has happened. However, in the Guatemalan culture, it is not acceptable for pregnant moms to point at these lovely illusions. 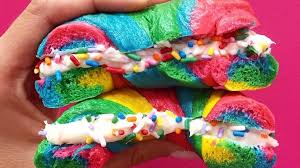 That is because they believe that rainbows don’t like to be pointed at, and will inflict birth defects onto the unborn baby for revenge. So that means if the mom-to-be in Guatemala sees a rainbow, she is wise to just ignore it and not even look at it. That is because rainbows hate to be put in the spotlight.

Indonesia- Blocking Stairways Is A No-No

That means labor will be difficult and the unborn baby will not be able to come out so easily. That can also mean that the labor could be delayed for any reason. That means these expectant moms must use the stairs the way they are meant to be used and not to spend time on any particular step or in the threshold at all.

How do you now feel after reading about these different pregnancy superstitions around the world? If you are a superstitious person whether or not you are pregnant– you should feel better due to the fact that you are most definitely not alone when it comes to being superstitious at all!